The United States Constitution is the shortest and oldest written constitution still in use by any nation in the world today. The Articles for Confederation united the fledging nation providing a deeded structure. Although there were several weaknesses which made it a defective foundation for the new government. Due to its vulnerability, the articles had to be replaced by a stronger codification. This codification of founding principles went through a process that shaped the U.S. Constitution. 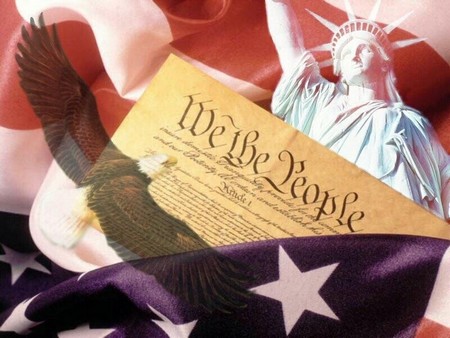 The objective of the constitution was to create a strong elected government that would be responsive to people’s will. Although many founding fathers believed that the new government had to be insulated from the will of the people. The constitutional features were included like the Electoral College and the election of the senate by state legislatures.

The states had practiced governance for a long time before the Declaration of Independence but the concept of sovereignty of people in the republic was new. After the declaration, the colonies became functioning units of government that were controlled by the people and many states had adopted their own constitutions but they were not functioning together as one nation under one government.

The main aim of the Articles of Confederation was to unite these self-governing states but failed. The Constitution on the other hand established a strong central or federal government with broad powers to regulate relations between the states and with sole responsibility in such areas as foreign affairs and defense.

Thomas Jefferson in Paris wrote to John Adams in London that “It was an assembly of demigods.” The delegates to the Convention were formed of the most wonderful leaders or Founding Fathers of their respective states. They were the brightest minds in politics including the younger ones

The delegates could also be having different interests, backgrounds and stations in their life. If not all were rich landowners who were white males but they all agreed on the central objectives stated in the preamble to the Constitution.

A new kind of structure for governing a confederacy was produced in 1787 through the Constitutional Convention. It comprised of separate divisions – legislative, judicial and executive. They were based on the ideals enumerated in John Locke’s Two Treatises of Government. Under the Articles, all of the powers were vested in Congress. The Constitution separated the three branches with the aim to balance the distribution of power and influence.

In accordance with the proposition of Virginia state representative – Edmund Randolph, the legislative had to be divided into two houses. The proceedings were often disrupted by arguments that threaten to cut short the drafting of the constitution. The debate focused on whether each state should have proportional representation.

The committee appointed to deliberate on this debate submitted its proposal July 1787. This proposal was known as the “Great Compromise” of the Convention. They proposed that the upper house should have an equal vote for the state. The lower house should have one representative for every 40,000 inhabitants of each state. Each state would have two seats in Senate,. The House of Representatives had the number of seats depending on population. Because they were expected to be more responsive to the people’s sentiment, the House of Representatives was given the power to legislate the federal budget and taxation.

The delegates met for the final time on September 17 presenting a new instrument of Government. The result disappointed many delegates. A few of them felt that the constitution was simply made up of a series of compromises, something that was makeshift. Of all who signed the new Constitution, no one was completely satisfied. Their views could be appropriately summed up by Benjamin Franklin’s sentiment that there were several parts of this Constitution which he did not approved and he was sure that he would never approve them.