The History of Transportation

Most people regard the means of available transport as less important. A few think about how life had been different if man had never tamed the first wild horse or invented the very first wheel. It is a question that how man hit on these life-altering ideas or from where this thought had originated or how the advancement of time led mankind from ground to stars.

Archeologists are of a view that the first step towards man-made transportation started with the invention of wheel either in Asia or Mesopotamia roughly around 4000 – 3500 BC. 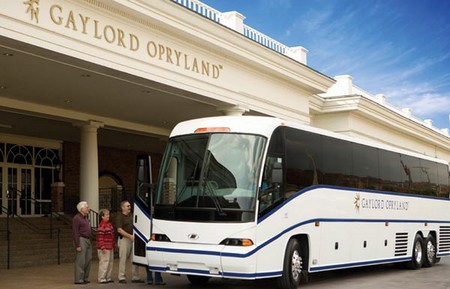 At this stage, man had already domesticated the horse and for using it for farming purposes. With the invention of wheel, the ability to eventually transport crops from one place to another was less awkward. The invention of the wheel led to the development of mass transportation as man put his new invention to practical uses.

The very next valid evolutionary step from the wheel was the invention of the cart and chariot. Sumeria was the place where the two-wheel chariot had found its birthplace and is believed to be the world’s first form of wheeled transportation. This chariot increased the speed of travel over land which was built around 3500 BC. It eventually led to the invention of four-wheeled cart which was used for carrying supplies and equipment off of the shoulders of the common man.

With the coping up of the boundaries of land travelling, man’s curiosity about the world around him increased. Man had developed means for traveling on water to aid him even before he had domesticated the horse. Origin of the dugout boat is one of the great mysteries of history. For the historians, they were unable to pinpoint when or where the very first water vessel was set afloat. They could not even speculate that it might have been purely an accident the first time. However it had happened and the addition of the boat changed the face of transportation. Boats allowed man for the first time ever to cross bodies of water without getting wet.

As time passed, a simple boat developed to include a large square of cloth mounted on a central pole. This cloth was called ‘sail’, it would turn the boat into a sail-propelled ship. This new important addition gave man the ability to use waterways as a means of quick travel from one place to another and even to travel against the current of rivers.

However the evolution of water travel didn’t stop with the sail. The neatness of ships ultimately improved as they increased in size. There was also addition of oars, rudders and deck covers. Ships had turned into awkward shipboard towers during the time of Romans and Greeks. They developed over time into the Medieval stern and forecastles. By the late Medieval era, these castles were built solid, as a part of the ship’s basic structure. During the Renaissance Age and the Age of Exploration, ships had gained levels of rigging and sails which became smooth and speedy, get redirected here for more information regarding this.

It was in the 1800s that the ships started to shed their sails once again on the rivers. The technology of transportation changed with the arrival of automation. Cumbersome paddlewheel was the very first automation in ships. Because of their bulky form and inability to turn easily, paddlewheel boats were restricted to river travel where maneuverability was easy because of the calm water curent.

The steamship was the next invention after paddlewheel. These vessels generated power by the burning or heating or wood or coal. The ship moved through steam pressure for making the pistons work. The steamship was enjoying a long and trusted run on both rivers and seas. After that in 1912, the first diesel-powered ship ‘Danish Selandia’, was launched. That diesel engine design became the industrial and military standard until after WW II when many of the spare parts could be found at the local warehouse of diesel parts.

Land travel was also improved because of automation. Mass transit became a standard originally through the steam engine of the 18thcentury. The early trains were slow and often very dangerous. Locomotives were launched in 1804 using steam to power a series of pistons a lot similar like that of steamship. The locomotives were so powerful that a single engine could pull several cars, a feat hopelessly beyond the capacity of the earlier steam engines.

The locomotive was improved through various enhancements for a hundred years. Speeding up transit and attempting to make train travel safer. During Second World War, the diesel engine was used extensively and steam was almost completely forgotten. Electricity was also experimented in the running of trains as early as 1895. The problem was that it was considered very costly and unreliable to run until the advent of the subway. The arrival of subway was the time when electricity became the easiest and cleanest means of underground motion, and now you can even find electric cars as well, and all you need is things like an EV home charging to charge your car.

The technology of automation was however not reserved exclusively for mass transit. There is some evidence as early as 800 BC that steam powered vehicles were used in the Orient. Although these were not used for mass transit but were used rather for individual travel. The first actual surviving record of a powered vehicle is from AD 1670, when a Jesuit missionary in China built a cart driven by a steam turbine. This concept had developed by 1840 into the “road locomotive.” It was a machine not very unlike the modern-day bus.

Jean Lenoir was a French scientist worked out an internal combustion engine in 1860 which ran on illuminating gas. There were no copyrights for the first actual automobile until the 1890s although there were developments which continued. The invention of automobile was the single most important development in the history of transportation since the invention of the wheel. Personal mobility was increased because of the technology of automobiles which permitted people to live at greater distances from their work. This led mankind to the formation of suburbs.

The next pace in transportation was not to the land or the seas but this time it was the sky. Although many people have toyed with flight over the millennia, the first sustained, controlled flight did not happen until December 1903 at Kitty Hawk in North Carolina. The inventors of this new flying machine were the Wright brothers – Orville and Wilbur Wright, they were two bicycle makers. Their invention was eventually successful. After the Second World War, jet-propelled aircraft were capable of world-wide mass transit. The aero plane gave people a great facility of covering great distances in less time cutting transatlantic travel time in half.

Man’s eyes were on the night sky and the stars after conquering the flight. After centuries of rockets unable to pierce the atmosphere and escape the gravitational pull of the earth. The US announced the formation of the Vanguard Satellite in 1955 and began exploring what it would take to break away from the Earth. However USSR was successful in launching to very first earth-orbiting satellite in October 1957 which was called Sputnik I. A Russian Cosmonaut named Yuri Gagarin was credited for the first successful manned space-flight that took place in 1961 when he orbited the Earth in the Vostok I.

An American astronaut named Neil Armstrong became the first man to set foot on the moon on 16 July 1969. In July 1975, a joint venture between and Americans and Russians began with the aim to dock spacecraft together in space. Subsequently in 1977, space-flight took another step with the test flight of the very first reusable space shuttle, the US craft Enterprise.

Man’s travel has only ever been limited by the scope of his imagination. After each new challenge is conquered, man looks beyond it to the next challenge. The history is evident that humans will continue to strive and step forward when particularly faced with challenges of transportation.