The History of Ratatouille

There are different views about the exact origins of ratatouille, some believe it was the dish French, some say it was perhaps Catalonian and some say it could have been a Basque dish that reached Southern France, Northern Spain and the Balearic islands. The dish could have been pre-Roman although if this was the case then it would have most certainly been made with other ingredients since tomatoes and zucchini were only introduced to Europe from the Americas while eggplant is native to India, none of which were known in Europe until at least the 1600s and possibly later. 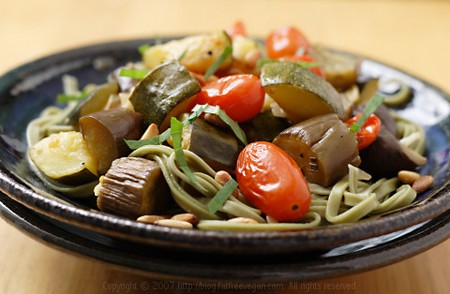 The Basque people used to make stew with potatoes and mutton since before written records in Roman times. The Basques landscape is rugged with plenty of hills and mountains completely unsuitable for crops so their main industry was sheep farming, fishing and growing potatoes.

According to political point of view, the province region and most of the French south coast along with the north western coast of Italy and the north eastern coast of Spain had always been close. Nice was part of the Kingdom of Savoy from 1720 till 1860 which also included Savoy in France and Sardinia, Piedmont and Liguria in Italy. Some local historians believe the ratatouille dish was first created during this time and then it had quickly spread to other parts of the kingdom.

Throughout the Mediterranean, any dish made with vegetables and stewed in olive oil will be given the name ratatouille even if it did not result in the true and traditional recipe. It can be fairly said that ratatouille is more like a style of preparing a vegetable stew than a particular recipe.

Modern explanation suggests that ratatouille could have only inherited its name from Nice later owing to a particular recipe that made it popular. Ratatouille could have been in fact first created somewhere else in the Savoy Kingdom. A definitive cookbook published in the late 1900s, La cuisiniére Provençale by J. B. Reboul which provides an thorough list of over 1100 traditional Provencal dishes and significantly ratatouille is not mentioned.

Samfaina was a recipe of the Catalans of Northern Spain which they claimed was adopted by Southern France. This recipe was noticeably similar to ratatouille and is often prepared with fish pieces. In Malta, a dish known as Kapunata and also made with eggplant, garlic and tomato is a local favorite, this added fuel to a speculation that ratatouille is prepared throughout the Mediterranean.

Although the Mediterranean has local variants or ratatouille but a true ratatouille from Provence will be made with just eggplant, zucchini, tomatoes, peppers and onions, then simmered in olive oil and seasoned with herbes de provence. Chefs from the Provence region of France will laugh at any other recipe claiming the name ratatouille niçoise if any other combination of vegetables or herbs are used.

Ratatouille has spread worldwide during the 20th century with French cuisine and the word has also entered the English language. Ratatouille dish is a traditionally peasant food but is now a culinary dish served in the top restaurants and many top chefs have their own special recipe that regularly receive praise from critics. 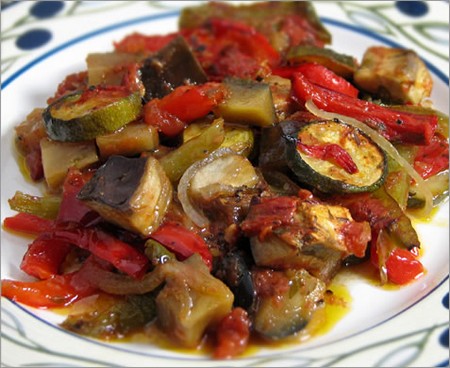 Disney Pixar produced an animation film in the 2007 based on the story of a rat who loved nothing better than to cook up a storm in the kitchen. The title of the film was a play on the lead character that was a rat. It won the best Animated Feature Film in the 2008 Academy Awards and Golden Globe as well. The film’s success encouraged many family oriented restaurants to offer ratatouille as a menu item for children, although historians doubt the dish’s new found popularity will prove sustainable.