The History of Money

Many myths exist about the origin of money. There is also confusion regarding the concept of money mixed with coins. The modern form of money is in the shape of coins. It first appeared probably among the Lydians in 7th century BC in Asia Minor. There have also been questions whether these coins were used as money.

The meaning of money should be defined before determining the earliest use of money. The first use of money is as old as human civilization. The early Persians used to deposit their grain in state or church. Banks were invented before coins. There was also a similar system prevailing in Egypt but they used orders of withdrawals instead of receipt, this made their system very close to modern checks. During the era of Alexander the great, the granaries were linked, this made checks more convenient in the 3rd century BC than the British checks. 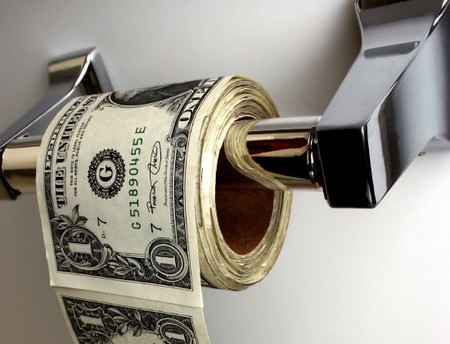 History suggests that money is older than written history. It is indicated through recent anthropological research that not only money is very old but its origin has little to do with trading, this contradicted another common myth.

It can also be said that money was first used in a social setting like the use as dowries and those origins left their traces in our language – as in “pay one’s dues”.

Man used precious metals as money in the early Stone Age. Metals were weighed to decide their value until the invention of coins. Counting is definitely more practical and the first standardized slabs appeared around 2200 BC. Different commonplace objects like miniature axes, nails and swords were subsequently used in the abstract sense.

In 700 BC, full standardization of money arrived with coins and the first printed money was seen in China around 800 AD. The 11th century AD noted the first harsh inflation. The bank note system was adapted by the Mongols in the 13th century. And they were type of a legal tender. The inflation in late 1400 century saw the elimination of printed bank notes in China. Later in 17th century, they were reinvented in Europe.

Here are some of the methods which were used to carry out transactions.

In very early ages, money was not used by people for transactions of goods. They used the exchange personal possessions of value for other goods. This was called barter system. This kind of exchange which started in the beginning of humankind is still in use today. Livestock was often used as a unit of exchange from 9000 – 6000 B.C. With the development of agriculture later on, people used crops for barter. This meant that a person could ask farmer to trade a pound of apples for a pound of bananas.

China was the first to use cowry shells which became the first medium of exchange or money at about 1200 B.C. The cowry served as a means of money throughout history even to the middle of this century.

Silver pieces were the earliest coins in 500 B.C.  Finally they took the appearance of today and were stamped with numerous gods and emperors to show their value. These coins were first shown in Lydia or Turkey. These techniques were used continuously and were further improved by the Persians, Greeks, Macedonian and Roman empires. These coins were not like Chinese that were dependant on base metals but instead were new and composed from rare metals such as bronze, gold and silver which had a lot of natural value. Nowadays there are different options like the gold ira rollover which is a financial tool and Internet search term that’s gaining immense interest and popularity.

Bank notes were used in the form leather money China in 118 B.C. Small pieces of white deerskin edged in bright colors were used for exchange of goods. This was probably believed to be the start of a kind of paper money.

During the 9th century A.D., the Danes in Ireland had an expression which meant to pay through the nose. This originated from the practice of cutting the noses of those who were careless in paying the poll tax to the Danish.

The first actual paper currency was used as money in China, from the 9th century to the 15th century A.D. Throughout this period the amount of currency skyrocketed causing a severe inflation. Unluckily the use of the currency vanished from China in 1455. For many years, European civilization still would not have paper currency.

Potlatch were used by the North American Indians in 1500, it was a term used to describe the exchange of gifts at various occasions. Since the trading of gifts was very important in figuring the leaders community status, potlatch went out of control as the gifts became more excessive in an effort to surpass other’s gifts.

Though likely well before the recorded date of 1535, strings of beads made from clam shells called ‘wampum’ were used by North American Indians as money. Wampum means white which was the color of the clam shells and the beads.

England made gold as a standard of value in 1816. This meant that the value of currency was attached to a certain number of ounces of gold. This was useful in helping to prevent inflation of currency. The U.S. adopted the gold standard in 1900. 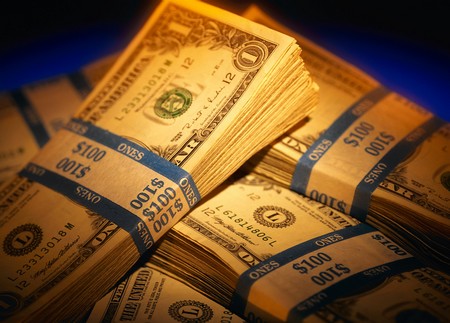 The US began a worldwide movement to end tying currency to gold due to the depression of the 1930’s. Nowadays, there are few nations that tie the value of their currency to the price of gold. Other government and financial institutions now try to control the inflation.

In the present times, nations continue changing their currencies. The US has already changed its $100 and $20 banknotes. More changes are underway. The modern form of tomorrow which is already here is the Electronic money or digital cash which is already being exchanged over the Internet.