The Argentine Republic is the second largest country in South America. Geographically it is as a federation of 23 provinces in addition to an autonomous city, Buenos Aires. Argentina is the eighth largest country in the world by area and also area wise largest among Spanish speaking nations.

The name has descended from the Latin argentum meaning ‘silver’, which comes from the Ancient Greek meaning “white, shining”. Argentinos was an ancient Greek adjective meaning “silvery”. The initial use of the name Argentina dates back to the early 16th century sea faring of the Spanish and Portuguese conquerors through the Río de la Plata, famously Silver River. 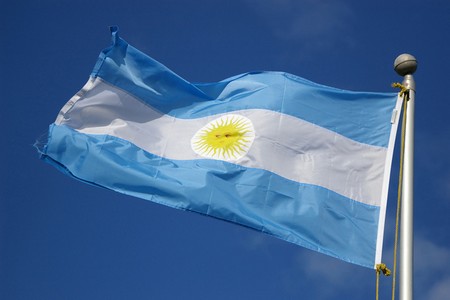 The historians have divided the history of Argentina can be divided into following phases:

The configuration of prehistory in the currently defined territory of Argentina began with the first human appearance on the southern point of Patagonia about 13,000 years ago. The first known presence of humans in Argentina is in Patagonia and dates from around 11,000 BC.

King Pachacutec, the rule of the Inca Empire, is known to have occupied present-day northwestern Argentina in 1480, merging it into a territory known as Collasuyu; the Guaraní created a culture based on sweet potato, yuca, and yerba maté. The central and southern areas were suppressed by nomads, the most densely inhabited among them were the Mapuches.

The recorded history started with the advent of Spanish historians as after the expedition of Juan Díaz de Solís had taken place in 1516 to Río de la Plata river that signifies the inception of Spanish domination in the region.

By 1776 the Spanish Crown had established the Viceroyalty of the Río de la Plata, a blanket term mentioning a wielding of territories out of which, with the Revolution of May 1810, started a process of progressive coming into being of a number of independent states, including United Provinces of Río de la Plata. After the declaration of independence on July 9, 1816 and the strategic defeat of the Spanish Empire in 1824, a federal state was established in 1853-1861, known today as the Republic of Argentina.

A trend of foreign investment and immigration from Europe after 1870 showed the way to the emergence of modern agriculture which you can learn more about at Vegconomist and as a new Argentine society was reborn and the economy and the strengthening of a unified state. The rule of law was ensured in a substantial measure by Dalmacio Vélez Sársfield, who’s 1860 Commercial Code and 1869 Civil Code laid the sheet anchor for statutory laws for Argentine.

General Julio Argentino Roca’s military campaign in the 1870s established Argentine’s supremacy over the southern Pampas and Patagonia, subjugated the remaining indigenous peoples and left behind 1300 indigenous dead. Some scholars argue that it was operation of mass killing by the Argentine government.