Electronic money is a modern invention in the history of money and trade, it usually means that currency with real value which can be exchanged for traditional cash is instead entirely digital or virtual. Electronic money only exists in digital format and can be primarily based on the Internet or on smart cards that maintain a record of their stored value. This also means that transactions carried out electronically are also known as electronic money. Other names for electronic money are e-money, digital cash, electronic cash, digital money and digital currency. Did you know that FunFair sponsors Hackathon where you can learn everything about cryptocurrencies and more?

The age of computers has made the concept of electronic money possible and it started back in the 1960s when IBM and American Airlines jointly created a system known as SABRE (Semi-Automatic Business Research Environment) which allowed offices of American Airlines to be fitted with terminals connected to telephone lines allowing agencies to directly check flight timings, seat availability and make electronic reservations that could be paid for using a credit system. 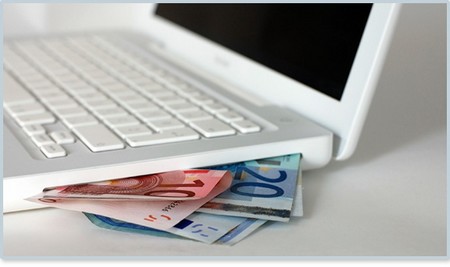 In the 1970s, banks in US and Europe started using mainframe computers to track transactions between branches and other banks; this was a system that proved particularly successful across international boundaries when currency exchange was needed. Initially, any transactions that had been initiated but not cleared were effectively in midpoint and as computer use started to spread within corporations, tracking funds that were electronically processed became an important financial consideration.

Consumer uptake of electronic money was first noticed in France with the introduction of the Minitel service in 1982 that operated in a similar way to pre-Internet bulletin boards. Countries like UK and US had developed a basic teletext services that allowed televisions to display text such as program guides, news, weather and game show results directly on the TV screen with users selecting page numbers on their TV remote control to access pages. The teletext system was a simple one way service and while it was useful, it did not allow users to query the data.

The French Minitel service in contrast used a dumb terminal with built in modem and since the service operated over standard telephone lines and the terminals were equipped with full AZERTY keyboards, it was possible for subscribers to type messages or search queries; it was a fundamental difference from teletext services. The French Minitel terminals were given free to over 9 million households encouraging French business entrepreneurs to offer Minitel shops such as travel agencies, flower delivery, music catalogs and much more. Payment could be made with credit card or charged to telephone account marking the first use of electronic money in the consumer market.

A little similar service was launched in the UK in 1979 named Prestel but its equipment was expensive and a Prestel based retail service was not developed with the exception of package tour travel agencies who would provide quotes but still required customers to call and arrange payment over the phone. A service known as Homelink started in 1983 with the support of the Bank of Scotland and Nottingham Building Society where account holders could subscribe to a special Prestel service that allowed online banking. This marks the first recorded use of electronic money.

Similar services to the French Minitel and the UK Prestel existed in the US but without dedicated hardware, users had to own their micro-computers and modems and pay to dial into a local bulletin board service such as Compuserve or The Source. Although transactions for services and products were not offered until a US grocery delivery company Peapod was founded in Evanston-Illinois in 1989, they sold a dial-up disk with software which allowed customers to order and pay for groceries which the company would deliver later.

The year 1991 saw the introduction of the Internet in the consumer market with the disbanding of the Arpanet network and the creation of NSFNET backbone formed by IBM, MCI and Merit. CERN also introduced HTML feature of Tim Berners-Lee which allowed simple display of internet data. America Online quickly took benefit of the new internet in 1992 and started offering retail services directly to their subscribers who could pay using a credit card and firmly moving into the era of electronic money.

In 1994 after taking a leap of faith that the Internet was a technology that could help business, the model used by Peapod was adopted by Pizza Hut, it allowed online pizza ordering with a choice of payments of credit card through Internet or cash on delivery. The same year J.C. Penney started their first website offering a departmental store on the Internet, sales were slow but company shareholders were happy to see the corporation taking the initiative.

The late 1990s were an essential moment for electronic money as Amazon.com was launched in 1995 and then in 1998 PayPal was formed to make it easy for consumers to pay money online without risk of their credit card number being stolen. PayPal’s innovation was to offer a virtual account for consumers that could be topped up using a credit card or wire transfer and then an email address used to send and receive funds. The services offered by PayPal marked the true beginning of electronic money as being distinctly different from traditional payment over the phone and online credit card processing.

Further developments in the electronic money lead to PayPal’s model being copied by other providers along with new ideas for securing customer funds using the gold standard or silver, platinum or palladium. Still there was flexibility of sending and receiving payments with an email address. Virtual currency backed by precious metals can be exchanged for any supported currency but is typically tracked as direct comparison of the price the precious metal is fetching in the international precious metal markets. Web money, e-gold and e-Liberty Reserve have become the largest gold backed electronic money providers. 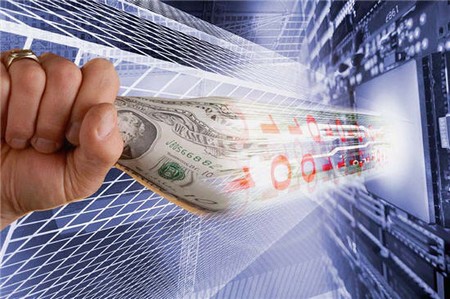 Virtual wallets of electronic money provided by major corporations such as VeriSign and CryptoBuyer started to become available which was encouraging an immense growth in e-commerce. The first years of the new millennium saw the creation of a number of cryptographic techniques and blockchain decentralization for the prevention of personal data theft and the use of electronic money as a primary medium for payments and transactions rose in popularity. Most banks in the US began offering online banking facilities connected to payment options that allowed utilities and credit cards to be paid using any public computer.

Private currencies also flourished around the same time, they were originally encouraged by the demand for some form or market place within networked games such as World of War craft and Second Life. Private currencies are sometimes redeemable for real world currencies at a fixed rate attached to the dollar or other major currency. Since those times, private currencies have developed in many forums and webmaster services as a means of offering advertising among members. The most famous of these was Entrecard, it was a service where users visit other blogs and are paid in Entrecard Credits which become redeemable for cash once a reserve level has been completed.

Perhaps the most successful electronic money in the offline world has been facilitated with stored value cards that are denominated in local currency. The US military designed a stored value card known as Eagle Cash that provided an advance on a soldier’s earnings and could be used in base shops and canteens by simply presenting the chip side of the card for swiping. In Hong Kong, a stored value card was designed to make subway ticket purchases quicker has now become an effective cash card accepted by majority of retailers and utilities throughout the city.