When the Christmas holiday season arrives one of the most popular traditions throughout the world involves decorating a tree with ribbon, small ornaments, a string of lights that flash and of course the magic of stacking gifts for loved ones under the bottom branches.

This is why parents place gifts like girl baby onesies for their children at the base of the tree. Usually the decorated Christmas tree takes pride of place in the corner of the room or beside the fireplace for several weeks until it is finally removed on 6th January which is the day of Epiphany.

In the times of ancient northern European cultures before the Greeks and Roman empires, evergreen trees were considered magical and able to resist the darkness of winter when everything else died. The priests and villagers of that time would gather around the tallest evergreen tree every year at the winter and pray to the gods for the return of the sun and the warm weather that let their crops grow and their animals would increase. 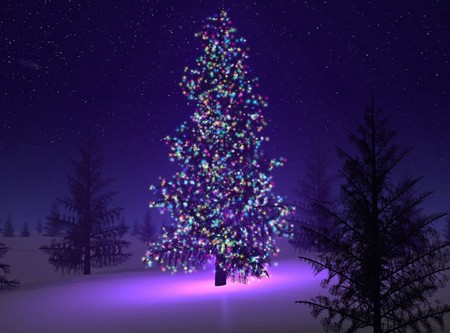 It seems strange for the people of the 21st century to think that summer would not return but thousands of years ago people only knew that winter was a harsh and miserable time. They knew that the sun comes and then goes and then returns again but their lives were so unstable and their population so small that they were only able to stockpile enough food and firewood to last for the winter and if the sun did not return they would perish. In this background it is easy to understand the magic that the evergreen trees obviously had.

Ancient Egyptian societies were known to appreciate the value of evergreen trees as well as palm fronds in their homes and temples at the winter which symbolized the importance of life over death. The ancient Egyptians strongly believed in an afterlife and the concept of resurrection and the nature of palm fronds which remained green became a symbol of eternal life.

The pagan beliefs and customs of decorating the Christmas tree are even believed to be mentioned in the book of Jeremiah in 10: 2-4 when god is quoted as saying not to learn the ways of the nations or be terrified by signs in the sky though the nations are terrified by them and the customs of the peoples are worthless as they cut a tree out of the forest and a craftsman shapes it with his mold. They decorate it with silver and gold and they fasten it with hammer and nails so it will not shake.

Many Christians misinterpret these passages indicating that the Christmas trees are activities which are un-Christian and should be discontinued. Although most Christian scholars agree that the Jeremiah is instead referring to the pagan practice of cutting and turning timber into an idol which was decorated with gold and silver and worshipped as a god. There is no historical evidence to suggest that the Christmas tree or any decorated tree ever formed part of the pagan traditions of the Holy Land.

During the Roman era a festival known as Saturnalia was one of the most important events in the Roman calendar and it occurred at around the same time as Christmas is celebrated. The 25th of December was originally the end of Saturnalia but after Roman centurions conquered Babylon the 25th of December which was celebrated by Babylonians as the day of birth of their sun god Mithra found its way into Roman society as many Romans adopted Mithraism as their major religion. Yet it should be said the Romans were polytheistic and many mithraists would have continued to worship the traditional Roman gods as well.

The legend of Mithra tells that it was also born from an immaculate conception and predates Christian and Roman beliefs by two millennia having been the most powerful god of pre-Babylonian societies such as the ancient Persians and Vedic peoples of Northern India. Mithra’s birth was celebrated every year by the decorating of an evergreen tree in the homes of its worshippers.

A fir tree was traditionally decorated by Roman citizens and gifts placed under the tree just as modern Christians do, although this practice disappeared in most parts of the Christian world after the fall of the Roman Empire as had been done during Saturnalia fell into.

The Catholic Church of that time attempted to eradicate all pagan traditions and was forced in 274 AD to adopt most pagan holidays and give them new meaning to reduce the more unpleasant aspects of the traditions. They were successful to some extent but in fact the collapse of the Western Roman Empire in 550 AD and the growth of Islamization around the Mediterranean from the early 8th century did more to restrict pagan beliefs.

The late medieval ages saw a revival of pagan traditions throughout Europe to varying degrees leading many monks and priests inventing stories that reaffirmed the connection between decorating trees and Christ’s birth. Nobody knows exactly who created the story of the fir tree becoming the Christmas tree.

The trees gave gifts too like the olives from the olive tree and dates from the palm tree but the fir having traveled from Europe was tired and had nothing to give. Seeing how disappointed the fir tree was the angels descended and sat on its branches and casting their light as mini stars. The baby Jesus was so entranced by the light of the angels on the fir tree that he declared that the fir tree should be decorated for the rest of time with lights and surrounded by gifts to bring joy to little children.

We know that Martin Luther in Germany was the man who had found the protestant movement during the reformation and decorated a fir tree with lights and small ornaments like in the holiday lighting in Naperville by Ware designs so his children so that he could inspire them with the wonder of Christ’s birth. Nobody is sure if Martin Luther invented the modern form of decorating the Christmas tree or if the Christmas tree was enjoying new popularity. Certainly at the same time there are other reports of trees being decorated with fruits, cheeses and nuts for the benefit of orphans. 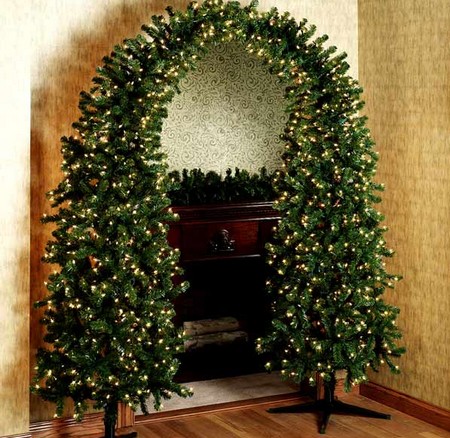 The tradition of decorating a fir tree at Christmas was well established in the German speaking nations by the 1800s and in some of their neighboring principalities, thousands of small factories existed that would manufacture small glass balls decorated with complex designs and patterns to be hung from the tree. The tradition of decorating the Christmas tree did not arrive in the English speaking world until the marriage of Queen Victoria and her German Prince Albert.

German and English settlers in US in the 19h century brought their Christmas activities with them although puritan America resisted the traditions for some time, some American Christians still refuse to celebrate Christmas and decorate a Christmas tree to this day. The late 1800s gave rise to the birth of the commercialization of Christmas and the easy availability of fir trees, decorations and lights as US department stores and online stores like Shoppok.com started competing with one another for the best window display. The Christmas holiday season became one of their best income periods resulting in bigger and more colorful displays.