A Short History of Veteran’s Day

Veteran’s Day is a US federal and State public holiday in honor of service men and women who served in defense of the nation. 11th November of every year is designated Veteran’s Day and involves religious services, veterans marches and family get together. The history of Veteran’s Day begins with Armistice Day.

The 11th of November is a day of remembrance outside the US such as Canada, United Kingdom, France, Australia and New Zealand but the US is the only nation to name it Veteran’s Day. Just like other nations who honor their dead, in the US all service men and women who served their nation are honored.

President Wilson created the Armistice Day after the end of World War I known only as the Great War in those days, originally the day was not a holiday but just a somber moment of 2 minutes silence to remember the fallen from WWI.

The congress authorized the construction of the Tomb of Unknown Soldier at Arlington National Cemetery just across the Potomac River in Virginia in 1921. In the same year the US Veterans Bureau was formed as a Federal department under Colonel Charles Forbes who was its first director.

Sadly Col Forbes was arrested and relieved of duty after only two years on the job and charged with conspiracy to defraud the Federal government. He was replaced by Brigadier General Frank Hines who was instrumental and reorganized the Bureau to better serve the needs of veterans and historically has been known as the man who brought Armistice Day to the forefront of the national awareness. 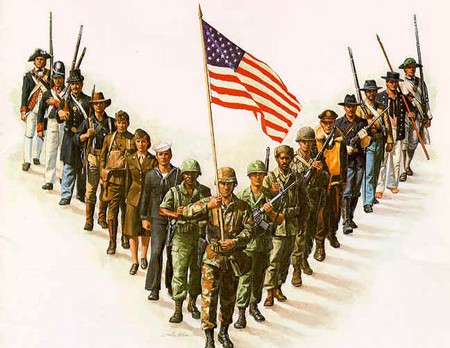 The US had been involved in two further wars by the 1950s, they were the World War II, and the Korean War, both of which produced many great heroes and veterans who were not being honored or remembered on Armistice Day, so the Veterans Service Organizations (VSO) responsible for them requested a change of name to Veteran’s Day.

Congress duly passed the amendment in 1954 and President Eisenhower appointed Harvey Higley as the Chairman of the Veteran’s Day National Committee. If Veteran’s Day falls on a Saturday or Sunday, the Friday or Monday, whichever is closest to the 11th is designated as a public holiday