A Short History of Fireworks

Firework is an instrument that explode or combust using a fuse; they are used for display purposes or to scare birds away from fields. Fireworks are produced in a variety of sizes from hand held all the way up to rocket sized fireworks that need a launch tube to help increase thrust to fire them up into the sky.

Chinese are known as inventors of fireworks which were first used over 2,000 years ago, although early fireworks were very different from the fireworks of today. Green bamboo was discovered to explode on an open fire caused by the air pockets trapped inside the structure of the bamboo stalk, it was known for scaring people and wild animals. 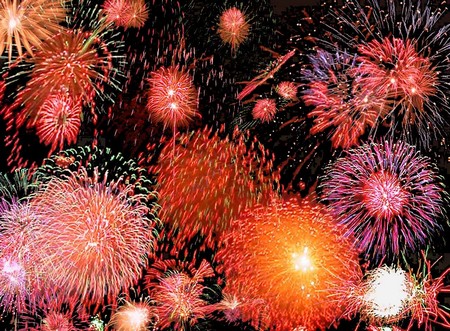 Ancient Chinese farmers and villagers used green bamboo in their fires to help them stay safe during the night, not from wild animals or bandits but from demons and the evil spirit known as Nian. Village folklore supposed that since people and animals were afraid of explosion when it happened than Nian must also be afraid of explosion.

During sometime around the middle of the first millennium, Chinese alchemists discovered a combination of chemicals and compounds that would burn hot and very bright. The mixture of sulfur, potassium nitrate, honey and arsenic became known as the fire drug and it was not long until the mix was inserted into green bamboo to create an even bigger explosion.

The fireworks industry in China was highly developed by 1200 with hundreds of manufacturers who were constantly innovating and trying to improve the designs for maximum noise or damage, this was particularly important to the Chinese military who would often win battles solely because of the strategic use of fireworks to scare the enemy soldiers and their horses.

It was not long that the fireworks and their related technology based on gunpowder were being used in warfare to a devastating effect, prominently through the development of heavy bore cannon which could be used to destroy fortified walls, sink ships and devastate battlefields with increasing accuracy.

The first aerial firework was also developed at the same time by adding guidance fins to the firework. Greater altitude of flights became possible and with longer fuses it became possible that the firework would not explode until it had reached a satisfactory height. Weddings, coronations, and festivals quickly benefited with hosts striving for the biggest or best firework.

In the 13th century, Chinese firework and gunpowder technology reached Europe traveling with Marco Polo who had witnessed its use first hand while guest of Kublai Khan who was the Mongol emperor of China. European scientists and soldiers were immediately entranced by the technology and they quickly thought of improving the mixture of gunpowder although fireworks generally didn’t get considerable attention.

Italian firework makers of the renaissance took an active interest in the development of fireworks and they were able to mix other chemicals and powdered metals to produce fireworks with gold or silver explosions instead of just white and yellow.

In the 1730s, huge public displays of fireworks were organized in England for the enjoyment of all classes, this was the period just before the dawn of the British Empire and before the full start of Industrial Revolution yet it was still a period of growth and new found democracy.

A novel twist on traditional fireworks displays occurred in the 18th and 19th centuries when music and fireworks incorporated shows were developed with some of the best composers seeing their music set to fireworks. George Friedrich Handel actually composed a symphony specifically for a concert to celebrate the end of the War of Austrian Succession, it was a piece known as ‘Music for the Royal Fireworks’. 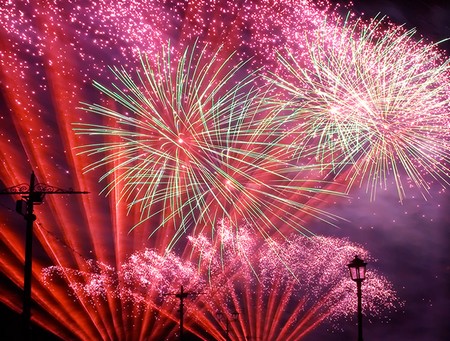 Today, fireworks are used annually to enter in to the New Year with global cities competing for the biggest and best firework displays as well as at the beginning and end of major events such as the Olympics and Presidential inaugurations.