A Brief History of the Eiffel Tower

The Eiffel Tower was originally built from 1887 to 1889 for the Exposition Universelle which is known as the World’s Fair. The World’s Fair specifically took place in Paris to commemorate the birthday of the French Revolution which brought democracy to France. The Eiffel Tower which was designed by architect Gustav Eiffel was positioned as the arch gateway for the World’s Fair and continues to be located at the Champ de Mars which is next to Seine River. 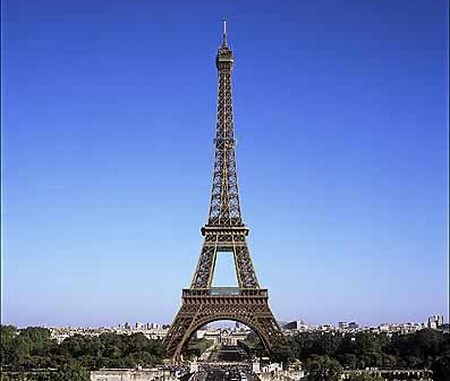 The inauguration of Eiffel Tower was held on 31 March 1889 however it was opened to the public on 6 May of that year. An interesting fact about the tower is that at first, Gustav Eiffel wanted to build his tower in the city of Barcelona in Spain for the Universal Exposition in 1888. However Barcelona thought that the tower was too expensive and did not fit the style of the city. The city hall of Barcelona voted against the proposal ultimately sending Gustav Eiffel to submit his plans to the city of Paris.

Today, the Eiffel Tower stands as one of the artistic beauties of Paris, however from the original outset of planning and construction to several years after the Exposition Universelle, the Eiffel Tower was panned and viewed by many as an eye sore – which would be seen as blasphemous today. If you love the artistic beauties you can find all around Paris, your local art store and you can get some of the replicas or new stuff at home.

The Eiffel Tower was constructed over a 3 year period with the help of about 300 men and today stands at a total height of 324 meters high (1,063 feet). This includes an antenna which is 24 meters (79 feet) high and was added years later. It is about 81 stories of a conventional skyscraper. From its initial construction till 1930 when the Chrysler Building was constructed, the Eiffel Tower was the tallest man made structure in the world. The Chrysler Building was a total of 319 meters (1,047 feet) but the Eiffel Tower did not have the addition of the radio antenna.

Materials used in the construction of the Eiffel Tower

The Eiffel Tower is constructed of a pure iron metal known as puddled iron. Over 18,000 pieces of iron were used in the construction. These pieces of iron were held together with over 2.5 million rivets. The iron used in the construction weighs about 7,300 tons. However this is not the entire weight of the Eiffel Tower, the gross weight including the platforms totals over 10,000 tons. It should be noted that only one person died during its construction. The constructing of the tower was a lot more different than a normal building as the tower is an open air structure with only 3 platforms available. However, Gustav Eiffel employed a variety of safety features which helped to keep deaths and injuries to a minimum. Some of the safety features he employed included movable staging, screens and guard rails. The bottom four points of the tower are bulky and strong while the tower itself is thin and open. The tower is painted mostly in a mix of grey and brown paint. About 50 to 60 tons of paint is used about every 7 years to protect the structure from rust. If ever excavation is necessary for a project, machinery such as Boom & Bucket’s excavator inventory can easily be availed online.

Three levels of the Tower

Eiffel Tower has a total of three levels. The first and second levels can easily be accessed by stairs or an elevator. On the first floor of the tower, one can view many sights including shopping available and even food and beverage choices. On the second level there are souvenir shops, an observation deck and a private entrance to fine dining. The third level is only accessible by elevator. On the top level there are two different observation decks – one inside and one outside. In addition there are engineers office and a representation of Gustav Eiffel’s original office.

The Tower Was Originally Built to Stand for 20 Years

The city of Paris originally signed a lease that the Eiffel Tower can be constructed and stands for 20 years. In fact, the tower was built so that it can be disassembled rather easily. However over the next couple of decades, Parisians fell in love with the tower because of its more practical uses like beaming radio waves. From the early 1900’s to 1950, the tower was utilized for beaming radio stations and telegraphy. There were even wires that ran from the tower’s radio antenna to anchor of the tower where there was a bunker which had radio equipment. This radio equipment was utilized by both the military and commercial entities and it proved to be highly useful during World War I when the tower’s radio antenna played an important role in capturing the famous spy Mata Hari. During later years, it was used to beam television signals and today it is one of the most visited landmarks in all of France. 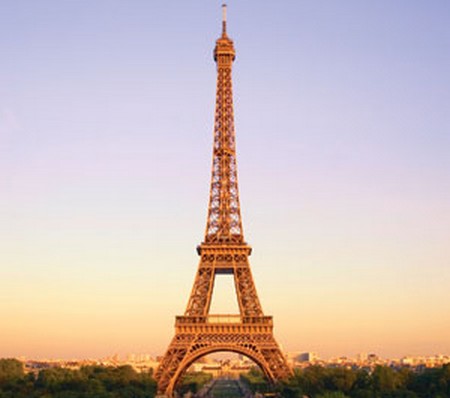 Eiffel Tower – Through the Years

The Eiffel Tower has played a huge role in culture and history of France throughout the years. During 1925 and 1934, the tower was used as an electric light billboard for the advertisement of Citroen. During World War II, the Germans used the tower as propaganda. When Hitler was about to visit the Eiffel Tower in 1940, the French nationalists cut the elevator lift cables so that Hitler would have to walk up the stairs to the observation deck. At that time the parts to fix the cables were unavailable due to the war, in fact Hitler never climbed the tower staying on the ground. Many state that Hitler was able to conquer France but never the Eiffel Tower. In addition, when the Germans, tried to hoist giant swastika flags on the top level of the tower, the wind blew the flags off the tower in just a few hours.

Finally the Eiffel Tower averted disaster in the final days of the war when Hitler ordered General Dietrich von Choltitz, the military governor of Paris to demolish the tower along with the rest of the city. However, General Dietrich von Choltitz did not follow the order and within just a few hours of the liberation of Paris by the Allied forces, the elevator lift cables started working again and the tower reopened soon.

Today, the Eiffel Tower is known as a cultural icon and one of France’s most beloved landmarks. The tower continues to be updated with new shops and restaurants and it has retained its essence from its initial days. However you may also want to read about Limoges France for more additional information about France and what made it most famous one!