A Brief History of Radio

Radio is a science of transmitting data without wireless to a remote point where a receiver detects the signal. In common terms we think about radio in the context of FM or AM stations that broadcast a radio announcer speaking and playing music but in fact radio waves are also used for sending and receiving data such as satellite broadcasts, Bluetooth devices and WiFi networks.

The history of radio dates back to the mid 1800s with the theoretical discussions of electricity and magnetism being related to each other. The telegraph system was the first direct commercially practical technology to be developed from this discovery, although telegraph required fixed wire cables and could only be transmitted from point to point and it needed human operators to retransmit a signal over long distances. 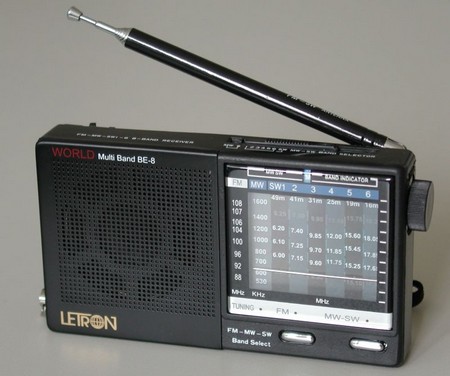 The first wireless experiments were not carried out until James Maxwell had developed his own theories and incorporated the experiments of Michael Faraday into the unified theory of electromagnetism in 1865. Over the next decade several amateurs and physicists like William Henry Ward, Mahlon Loomis and Thomas Edison patented methods of sending and receiving a wireless telegraph system but none of these people had ever demonstrated a working system.

Things changed in 1884 when Temistocle Calzecchi-Onesti invented a device which was subsequently refined and then named a coherer by Edouard Branly in 1886. The coherer became the enabling technology that could receive early radio signals, it is a glass tube filled with metal filings and connected to an electrical current which produced an audible click in a sounder while the signal was being received.

Heinrich Hertz had refined a system by 1887 that allowed him to experiment with sending wireless signals to a wireless receiver, he is credited with being the first person to intentionally transmit and also receive a wireless signal. Strangely Hertz had no interest in the technology and was simply experimenting with practical electromagnetic waves to advance his theories but his research paved the way for other and more commercially adjusted inventors. Hertz was honored in 1933 when the unit of measure of radio and electrical frequencies was named in his honor as part of the new International Metric System.

In 1892, a Serbian-Croatian immigrant to the US Nikola Tesla demonstrated the first complete radio transmitter and receiver system and while doing so was the very first person to successfully invent radio. Sadly, Tesla suffered a fire in his laboratory in 1895 just as he was about to demonstrate radio over a distance of 50 miles in New York, that experiment never happened but by 1898 Tesla demonstrated the first radio controlled boat and filed a series of patents for radio in the early 1900s.

Guglielmo Marconi, who was a young man from Bologna in Italy had been fascinated by the idea of wirelessly transmitting a telegraph signal and in 1894 he succeeded in inventing a spark transmitter with an antenna and he used that to broadcast a signal across his parents garden and then across a distance of a mile in the countryside. The Italian Postal Service which controlled telegraph services weren’t interested in Marconi’s experiment so in 1896 he went to England and successfully demonstrated his technology to the English Post Office who secured his services right away.

Marconi established the Wireless Telegraph and Signal Company the following year and was selling his patented invention to shipping companies. Marconi’s invention was so successful that Queen Victoria herself had one of it installed on a ship that her son the Prince of Wales was using while he recovered from illness. In 1898 Marconi also established the American Marconi Co recognizing that the US was quickly becoming one of the world’s most important merchant navy operators.

While Marconi’s inventions were outstanding, his real genius lay in commercializing his technology, it was an act that started with demonstrating a successful broadcast across the Atlantic in 1901, it was an event which progressed the development of radio broadcasting far more than any other single act. Marconi was related to British nobility who were powerful investors in his companies and in the emerging markets in US.

Marconi’s backers were so powerful that he managed to have a patent for the invention of radio registered even though Tesla had a pre-existing patent. A legal dispute between the two started in 1915 and wasn’t finally settled until 1943 when the US Supreme Court finally upheld Tesla’s patent number 609,154 and confirmed his role as the inventor of radio.

Reginald Fessenden was another American had heard of Marconi’s success but was convinced that the enabling technology could be redesigned and be more efficient but also allow audio broadcasts, he demonstrated his new technology in 1900 which would afterwards be used by the weather department for sending time and weather information to ships at sea. In 1906 or 1909, nobody knows for sure since Fessenden only wrote his notes 25 years later, the very first audio transmission was carried out by Fessenden playing a violin and reading a few passages from Bible.

Fessenden invented the Barretter detector which allowed him to also develop amplitude modulation (AM) which was a radio transmitting technique that allowed multiple transmitters to operate at different frequencies and effectively share the airwaves. The revolutionary development of radio by Fessenden and his peers in 1910 made a test transmission held at the Metropolitan Opera House in New York where Enrico Caruso was performing. This broadcast was heard over 20 miles away by a merchant cargo ship sailing into New York from Europe and reported by the New York Times on 14th January 1910.

The science of radio broadcast continued at rapid pace during the early years although consumer uptake remained mysterious. A number of audio broadcasts had been transmitted including the ultimate demand from President Wilson to Germany in 1918 and a highly publicized broadcast from the naval radio station at Arlington to the Eiffel Tower in France. The end of WWI saw the US government relax control of radio patents and in 1920 KDKA which was a Westinghouse owned station in Pittsburgh broadcast coverage of the Harding Cox election, they also broadcasted other short program between commentaries.

Commercial broadcasting increased with radio stations opening in every major city of US and in major capitals around Europe. The 1920s truly were the birth years of modern radio, the development of constant mass produced vacuum valves that made it possible for almost every home to own a radio. These were not small, each radio was fitted into a cabinet that would take pride of place in the family living room and around which the entire family would gather every evening.

Edwin Armstrong was a radio pioneer with the Navy during WWI who continued to develop his experiments and being unhappy with the quality of sound from the AM system which was always known for being prone to white noise and static, he thought of reinventing radio broadcasting which resulted in frequency modulation (FM) being made available in 1933. Stations broadcasting in FM were slow to develop given the expense of the new system until the invention of the transistor. 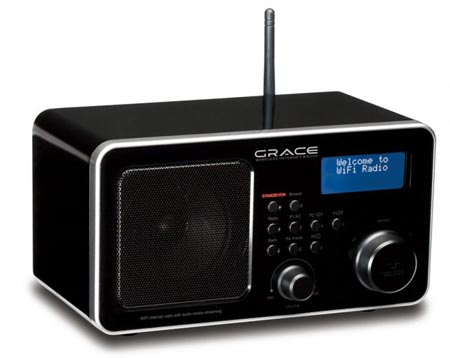 Scientists from Bell Labs invented the transistor in 1947; it was a technology that transformed modern electronics. Although with the huge investments in tubes that already existed, it was several years until a commercial transistor radio was introduced in the market. A young radio repair technician Masaru Ibuka in Japan managed to convince Bell Labs to license the use of the transistor to him for a new radio he wanted to develop. In the US Texas Instruments and Regency were also developing their own transistor powered radio. It was not until 1957 and the release of Sony’s TR-63 AM portable battery powered radio which was the world’s smallest radio at that time, that radio really became the dominant medium for entertainment and news.

Television started to catch up as the preferred source of entertainment for Americans during the 1960s although radio firmly held on in the car. By the late 1990s most Americans only listened to the radio in the car or at work and a position radio is set to enjoy for years to come. Wireless broadcasting traffic reports, news and music to radio receivers is still dominant despite the advent of satellite and Internet radio.