A Brief History of Photography

Photography is a moderately new technique that involves capturing a scene using a lens to focus light onto a film or the CCD of a digital camera. Since the invention of photography in the 19th century, it has become one of the world’s most popular hobbies and cameras are as everywhere as jewelry when phones and laptop computers with built-in cameras are added.

Long time back in the 5thcentury BC, Chinese philosophers were experimenting with pinhole lenses and creating cameras obscura which was a technique that enabled a dark room to display a color reverse image of the scene outside the room using light entering a pinhole lens. Following hundred years later in Greece, Aristotle also described a pinhole camera. 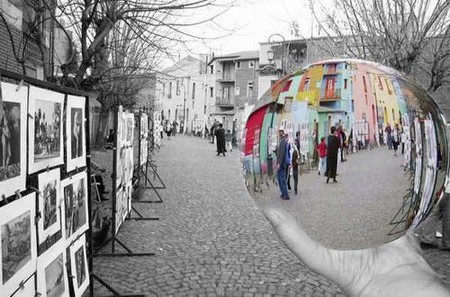 Historians are of a view that the very first camera obscura ever built was created by an Arab scientist named Ibn al-Haitham in Cairo who lived from 965 – 1039. His research observation was that light travels in a straight line and that the speed of light was far beyond his ability to measure, the principles described by al-Haitham were essential in helping later generations struggle with the theory of light.

During the time of Europe’s renaissance, the obscura of cameras were created in boxes which were about the size of a television and the image was displayed on a panel above using a diffraction and mirrors. Artists of that era would carefully trace the scene they saw and then transfer the sketch to canvas, it was a technique that enabled the commercialization of art and accelerate the process of painting which was particularly important in the art of portrait.

The art and science of photography historically dates back to 1825 when an inventor in France Joseph Niépce took the very first known photograph of the view outside his bedroom window, his image wasn’t clear and sharp and was hardly recognizable apart from the shapes of buildings and a tree.

Niépce used a camera obscura and a polished metal plate that was treated with bitumen which hardens when exposed to light, the bitumen was dissolved using lavender oil and then coated onto the metal plate before being placed inside the dark camera obscura. Bitumen takes unfortunately a considerable amount of time to dry and Niépce’s first image took 8 hours to develop a photo and more complex images took considerably longer time.

Soon after when Niépce partnered with Louis Daguerre who had discovered that silver and chalk also darkened on exposure to light which was rather a cleaner method of producing better quality images, by 1839 Daguerre patented a system of fixing an image onto a metal plate using iodine vapor on the plate before taking the photo and then using mercury fumes afterwards to fix the image.

During 1830s, a number of inventors came up with different methods of exposing images onto plates yet it wasn’t until 1840 and the invention of calotype process that things really started to get appealing. Fox Talbot improved the silver plating method by using paper and silver oxide which allowed him to create the first negatives that could be used multiple times to create positives – images that are oriented correctly to the perspective of viewers.

Cameras began to be produced in a reasonable volume using Talbot’s techniques that while being improved were also considerably similar. The public demand was enormous and almost every major town soon found itself with at least one photographic studio for family portraits. Most were simple affairs, a white wall and some basic props but among the emerging middle classes there was also demand for themed photographs with drawing room or splendid backgrounds.

Since all photographs taken in old times were black and white or grayscale, photographers and painters would use colored ink to color in parts of the photo to create an illusion of a colored portrait. Skin tones rarely matched the person being photographed yet the popularity of this technique was not hidden until the development on color photography in early 20th century.

The greatest development in photography came when George Eastman created a dry gel that could be applied to paper or film and more importantly it didn’t require the photographer to carry bulky plates and chemicals, in fact the greatest advantage was that a photograph could be developed later in specially built laboratories. In 1888 Eastman named his first camera the Kodak but in 1901 revolutionized the industry with the development of the Kodak Brownie which was the world’s first mass market camera. 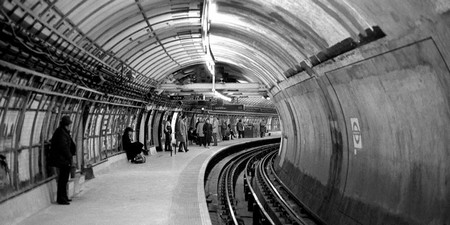 Until the late 19th century, color photography wasn’t available although the methods of capturing color involved a lot of effort and preparation than black and white and was generally restricted to inventors who advanced the technology but were not able to commercialize their inventions. This had changed in the early 20th century and several photographers including amateurs were using a method known as Autochrome to take color photos.

An important breakthru in color photography happened in the mid 1930s when Kodak and Agfa companies both made available their new color films, Kodachrome and Agfacolor using multi-layered film and the subtractive process. These same brands remained popular until the arrival of digital photography in 1990s.

The technology of digital photography has now replaced film as the medium of choice for most consumers and professional photographers and the first digital cameras capable of reasonable resolution had first hit the market in 1991 from Kodak but were priced at levels that could only be afforded by professionals with a definite need for digital photography.

The consumer point and shoot digital cameras with megapixel CCDs were not available until 2003-2004, not too long ago, yet their introduction effectively spelled the end for film based cameras and now the majority of manufacturers have switched production to digital formats.