The History of Zodiac Signs

The Zodiac signs are a belief that certain time or cycles can be used for the prediction of fortunes and life of a person born under a sign. This prediction is done by astrologists who are considered to be gifted for studying the movement of stars for many years to understand the meaning behind the zodiac.

Prior to the time of human settlement in villages and before the invention of skills to predict the passage of stars, moon, sun and other sky objects was particularly useful because memorizing their positions was the only way of predicting and changing the seasons by ancient people, it was also used to appease the gods.

The stars and planets are seen as outer space objects in the modern times. The value of the ancient observations shouldn’t be discounted, since it was they who produced the first calendars and calculations we still use today for tracking the movement of celestial objects. Their need to predict other portentous sky events such as comets helped lay the groundwork for modern astronomy.

As early as around 6000-7000 years ago, Mesopotamian priests in the Sumer valley used to track the movements of the sun, moon and Venus in relation to the stars as they appeared during the year. The sun, moon and Venus were considered gods and their path through the sky would be used to indicate the changing seasons and the summer and winter solstices. The patterns in the stars were not considered very important although events such as shooting stars were either a sign of good luck or of future doom depending on the reading of the priest at the time

Indian astronomers used the passage of the sun to understand the changing of the seasons and identified the sun with Vishnu who was said to have three aspects – ram, lion and bull. Coincidentally, they were the symbols that made their way into modern astrology from the shifting political landscape of the Near East and India under the era of Alexander the Great.

Perhaps Ancient Egyptians were the first to identify of indications relating to the individual in the stars and passage of the sun and moon and other celestial objects. Records suggests that as early as 2750 BC astrologers were writing horoscopes for important people in Egyptian society although these were not based on signs of the zodiac so aren’t direct ancestors of today’s horoscope readings.

Assyrian people in the Near East started to gain power and influence in the region at around 1300BC or perhaps a little earlier. They conquered or absorbed most of their neighbors and observed the further away from home they traveled that the stars were always the same, perhaps a little higher or lower in the sky but essentially the same, leading them to develop constellations, an act that made for more accurate calendars. They borrowed symbols for their constellations from their own religion and the folklore of conquered people.

Greek astrologers changed the names of Pleiades, Praesepe, Spica and Capricornus to Cancer, Taurus, Virgo and Capricorn and they have remained till this day. Each constellation was assigned to a god or hero and special significance attached to each zodiac sign based on the strengths or magic of its namesake.

For the Greeks, huge importance was given on the day of a one’s birth. With the new constellations it was possible to determine the strengths of the person at birth and perhaps prepare their parents and then it was hoped the individual himself for the challenges ahead by knowing which god or hero would be their protector. The Greeks later believed that a person’s life was pre-ordained and that every major event could be predicted through knowledge of horoscopes.

The modern astrology has been mostly derived from the writings of the Greek astronomer and mathmetician named Ptolomy. No relation is known of to the Egyptian pharoahs of the same name although he was head librarian at Alexandria’s great library and so had access to all of the civilized world’s writings on the passage of the celestial bodies. His four volume work on astrology was the Tetrabiblos, this described everything about astrology known to the ancient Greeks. 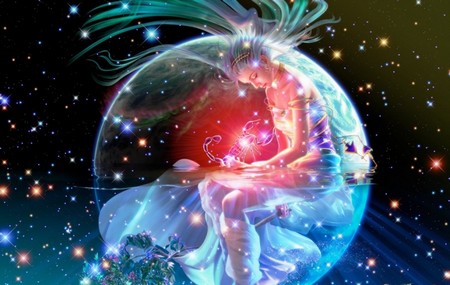 The succeeding Roman and Arabic knowledge of astrology is directly descended from Ptolemy’s writings. The Romans were not too much interested in astrology than the Greeks and medieval people. They tended to disagree that a person’s life was inevitable and instead preferring to place their fate in the hands of the gods and their own actions.

Following the fall of the Roman Empire, the medieval society reverted to local folklore losing astrology to the western society. It was until when the Arab world rediscovered Ptolomy’s writings around the turn of the first millennium. Astrology has largely remained unchanged from Greek times into the renaissance period despite disappearing from daily use for several hundred years. Protestant and puritan Christians rejected astrology as un-Christian but in Catholic parts of Europe the signs of the zodiac and horoscopes were often identified with the power of the saints.

During the 20th century, astrology had found new converts in the western world particularly in the US where people were seeking more meaning to life as the traditional community based around a local church started to disappear. People easily adopted Astrology through investigating other faiths such as Buddhism, Wicca, Kaballah and other esoteric traditions. Astrology is a source of great synergy for many tarot readers who have helped to keep the ancient art of astrology alive into the 21st century.

← Niagara Falls: A Short History
History of the Vampires →