The History of Philippine Literature

Philippine is a country consisting of islands located in Southeast Asia bordering the Philippine Sea, Sulu Sea, South China Sea and the Celebs Sea. Tagalog is the language of the people. The islands were a Spanish colony from early 1500s and were controlled by the US in the first half of the 20th century. Philippines ranks 11 in the world according to population.

The islands are rich in oral history that dates back from the antiquity. Although much has been forgotten among the urban dwellers and is in most cases only retained by older generations who are the subject of a frantic project by universities and cultural awareness groups to put into writing or other recorded media their memories and stories told to them by their own parents and grandparents.

Native people of Manila and other native groups in Philippines used bamboo and Arecaceae palm leaves for writing. They were using the primitive Tagalog script which had basic symbols. These were the vowels a, e, i, o, u.

Much ancient literature of Philippines dates from ancestral worship and legends which were brought by the first settlers from Taiwan. Most part of the stories share the ancient stories of gods that are common to people from the Pacific islands, New Zealand, Indonesia and Madagascar. 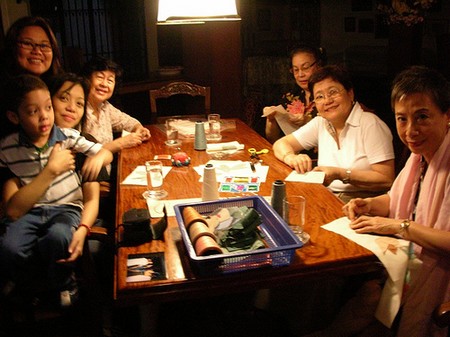 However the Philippine islands were settled for much longer time that allowed the development of home-grown versions. The story of the Monkey and the Turtle is a favorite tale of children. The moral of that story was that one should always share everything with friends and this is a defining nature of Filipino people.

Written literature was present before the beginning of the Spanish colonial period however Spain was in the grip of investigation and church doctrine passed a decree to destroy the Philippines written records to be replaced by Catholic teachings only. The passion of Christ was forced on indigenous communities and Latin script was taught to those who were to become part of the colonial ruling elite. The only documents to survive that were written in the ancient Tagalog alphabet known as Baybayin are not part of literature. Much of the works written in the early colonial period were religious in nature praised the virtues of Christianity to a population that had previously followed local polytheism.

The use of readable chants and poems were actively encouraged in church and local festivities. The “Memorial de la vida cristiana en lengua tagala” by Fernando Bagonbanta in 1605 contained many lyrics that could be sung. In 1640 an ancient epic, Biag ni Lam-ang was published by Pedro Buceneg, a blind Filipino poet who related the ancient tale to a monk from his local parish. 1705 saw Gaspar Aquino de Belen write a series of quintillas that were more subdued and serious in nature than those of his predecessor Bagonbanta, emphasizing the solemnity of the life of Christ. These are still in use in the Philippines today.

Till this time and through the first half of the 20th century, most Philippine poetry and literature was written in Spanish. Francisco Balagtas was one of the Philippines greatest writers of any era. He was a man compared with William Shakespeare for the creative nature of his work. He had bad luck when he refused to write in Spanish for which he was persecuted. Florante at Laura was his greatest work which was also written in Tagalog. It was about the story of a man and a woman during the time of the Greek Empire.

José Rizal, the Philippine national hero is considered the father of indigenous Philippine literature even though his works were written and published in Spanish. He was also the first to look outside of church doctrine for his inspiration, although his works “Noli me Tangere” and “El filibusterismo” that were published in 1887 and 1891 respectively dealt with the corruption of the priests and lack of equality of Philippine people. José Rizal was not just revolutionary although he was also a very intelligent man who considered Philippine independence to be essential for the survival of the Tagalog language. He continued with the development of islands which he considered being systemically mismanaged at the expense of the majority Tagalogs who were considered second class citizens.

Many Filipinos were inspired by José Rizal not just in literature but also as a model for civilized living. He had also studied medicine and philosophy and was awarded by many degrees from several European Universities. He spoke 22 languages but sadly his work was limited to just two novels.

Philippines came under US control after José Rizal’s death, initially as a colony and then later as a Commonwealth associated with the US. English had become the preferred language of literature by the beginning of World War II. While Tagalog writing has always been considered true Philippine literature and poetry it has always been seen as local not intended for foreign audiences.

Writing in English has allowed Philippine authors by way of contrast to expand their horizons and have their writing published in a global market. Many excelled to the level that story writing and poetry is a major cultural export of the Philippines. Even as professional writing in the Philippines is nowhere near as advanced as other English speaking nations. Several awards are offered annually that recognize its excellence. This included the Republic Cultural Heritage Awards, the Pro Patris Awards for Literature and the National Artist Awards. Modern and late 20th century writers who achieved praise were Ian Casocot, Cirilo Bautista, Marjorie Evasco were Resil Mojares, Alfred Yuson and Jose Dalisay.