We as humans continue to strive to make our lives more rewarding and our quest for gaining knowledge and understanding nature is natural. Technology can be defined as inventing tools and advancing knowledge and in addition it also utilizes the increasing knowledge and existing technologies already available to further advance our knowledge and build or discover new tools which can be utilized by people.

Since the very beginning of mankind, we have utilized tools and developed technology like spears to kill prey and knives to slaughter meat. During the passage of time, different technologies have come up to define different ages of man and civilization. Below is the history of technology based on different ages.

During the Stone Age which roughly lasted about 2.5 million years ago as humans started to develop at about 3300 BC which began the Bronze Age during which several technologies developed. They needed little knowledge to harness these technologies yet they were helpful in keeping our species from getting extinct. Finally, the technologies and knowledge that were gained throughout the first 2.5 million years of existence helped humans to evolve from the Stone Age into the Bronze Age and during this time increasingly sophisticated tools and knowledge were adopted. Some of the technologies that were developed during the Stone Age included the use of stones and axes for killing prey, the ability to harness fire about 1.5 million years ago, clothing about 100,000 years ago, domesticating animals occurring about 15,000 years ago and other inventions such as the bow and arrow about 9,000 BC, Agriculture about 8,000 BC and the invention of wheel which occurred around 4,000 BC.

The Bronze Age roughly lasted from 3300 BC to 1200 BC, it was that time when civilization started to come together around the Fertile Crescent and had spread outward to the continents of Europe, Asia and Africa. The ‘Bronze Age’ gets its name from a time when metals like copper and tin were being used to create weapons and tools. The technology to melt metal ores into tools was a definite advancement from the previous stone tools which was being used. Some of the further technologies that were highly developed during this age included the further domestication of animals, agricultural innovations, the chariot around 2,000 BC, the use of salt and the construction of permanent settlements, many of which still stand today.

The Iron Age usually dates back from 1200 BC to 500 BC. This time was the start of Roman Empire and during this time, the usage of iron began to become prominent as a metal for tools, weapons and its gadgets like this thermal binoculars which are much stronger than tin, copper and bronze. It was also during this time period that many people migrated farther to the continents including Europe and permanent settlements were developed. In addition, during this time period several religions and philosophies were developed which included Confucianism and Buddhism. Other technological development included the sundial at about 800 BC, glass in 500 BC and a wide range of other advances in trade, education ships, architecture, etc.

With the start of Roman Empire from around 500 BC to about 500 AD when it finally fell and the Medieval Europe took hold, there was a lot of technological innovation occurring. This period in human history is considered to be the Golden Age as civilizations hardened and technology in all aspects of human life expanded. It should also be noted that civilizations from around the globe began to grow such as in China, India, Europe, Africa, Middle East, Central and South America, etc. Some of the innovations that happened during this time included city planning, sanitation, education, architecture, bridges, matches, paper, religion, math, magnetic compass, law and government, canals, reservoirs, road building, stirrups for horses, concrete, art, philosophy and much more.

The middle Ages which lasted from 500 AD to about 1500 was an era in Europe where most part of technology either stood still or even went backwards. However, it should also be noted that with the Crusades and the increase of more trade and travel to the Middle East, Europe had once again began to grow and this growth in all areas of society guided the Renaissance period. While most part of Europe stagnated, there were several developments in technology including the mechanical clock, spectacles, windmill and innovations in agriculture, military and architecture.

During the 8th century, Islamic world predominantly located in the Middle East revolutionized and eventually globalized a broad range of agriculture techniques and crops. In addition during this revolution, the hydropower was utilized in order to mill a variety of different crops along with innovations of other wide range uses. Other significant technological advances included the fountain pen, coffee, and quartz glass, innovations in math, shampoo, hard soap, nitric acid, incendiary devices and celestial globe.

As the trade between Middle East and Europe exploded during the time of crusades and as the Europeans thirst for knowledge grew, the Renaissance period started which is usually marked from 14th century to the 16th century. During this era, Europe prospered scientifically and artistically. Also during this time, some of the major innovations occurred in education. The printing press which was a major invention helped in spreading books throughout Europe and the world communicating a wide range of ideas and ultimately expanding education. Many schools and universities were also developed during this era. Philosophy, architecture and other subjects grew and expanded and not the least, medicine also enjoyed a rich host of innovation.

As trade was becoming a great mean of wealth for countries in Europe, the Age of Exploration started to dominate the field of technology and innovation, mainly in shipping, navigation and cartography. Many ships sailed across the globe and around the world during this time which lasted from the 1400’s to 1600’s. The New World was discovered and settlements and colonization occurred along with the conquest of local and indigenous people.

The Industrial Revolution was an era of great development due to adopting of cheap energy through coal and steam engine. These two innovations which had occurred mostly in Britain during the late 18th and 19th centuries was a landmark in human technology. With the ability of no longer relying on the water power, animal power or human power for farming and other uses, coal could be burned to drive steam engines for wide range of uses including factories, transportation including steam locomotives and steam ships, the ability of mass production of metals such as wrought iron and other metals to build bridges and other items. With the start of Industrial Revolution, the transportation revolution also came which made easier to transport people, livestock and goods all around Europe and the United States. Because of the Industrial Revolution, huge innovations began in economy and society as more and more people left agricultural communities and migrated to cities to live and work, this process helped pave the way for a society based on specialization. 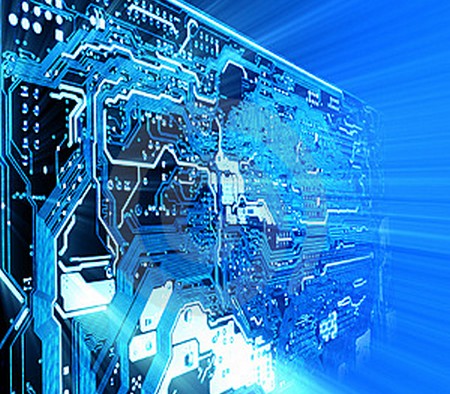 The 19th and 20th Centuries

During the recent last two centuries, there were enormous innovations in technology. Although it is important to note that many of these innovations have occurred due to previous discoveries and cumulative amount of knowledge and technology that was developed over a course of time. Some of the huge innovations in technology that occurred during the last 200 years include massive changes in government, society, practically in every institution, electrification and science, inventions such as radio, television, telephone, computer, internet, automobile, airplane, medicine, economy, military weaponry, household appliances, refrigeration, sanitation, photography, nuclear power, spacecraft, mechanized agriculture and many more.

Today, we live in a society that has been vastly changed because of innovations and improvements from technology; this collective knowledge is growing at an increasing speed. While it took usually centuries in the past for society to be changed from technology but today, technology has a huge impact on our society in a matter of decades or even years. While it is not known what the future holds for technical innovations, with the thirst for knowledge and discovery is inborn in humans, we can be sure that more technological advances will be definitely seen on the horizon.