Young girls often look forward to receive a one-of-a-kind doll as a birthday or Christmas gift – the Barbie Doll. It is what excites them the most when visiting a toy store. Barbie Dolls are a symbol of privilege among young girls and pre-teens. Apart from being fun to dress up and to style the hair, Barbie Dolls are also great toys to share with other girls. Usually one girl would have a set of clothes and accessories that another girl would like to have, they can lend and borrow clothes for their dolls and have fun styling the hair of their Barbie dolls.

Barbie Doll was invented in 1959 by Ruth Handler who was the co-founder of Mattel Fashion, the doll was named Barbie in honor of her daughter, Barbara. While watching her daughter play with paper dolls, Ruth noticed the child’s loves to give then adult roles. At that time most dolls looked like babies and few looked like an adult. 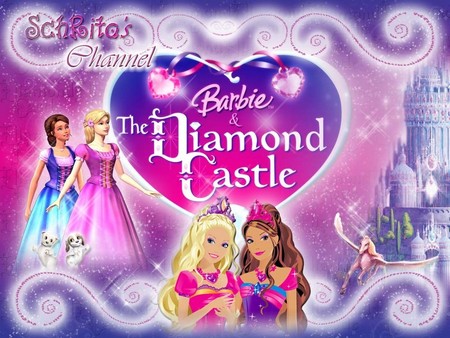 Ruth was inspired to create a three-dimensional toy based on adult paper dolls that have changeable clothes, she suggested it to her husband, Elliot, co-founder of Mattel Fashion but he was not happy about it at first as well as the other executives of the company. A vacation in Germany changed their minds however Ruth saw a German doll called Lilli who was based on a comic strip, she bought three of them, gave one to Barbara and took the other two to Mattel.

Ruth had to rework the doll’s body and give it a new name, Barbie. Barbie’s first introduction to the world was at the American Toy Fair in New York City on 9 March 1959, this is also the same date celebrated as Barbie’s birthday.

Japan was the country to manufacture first Barbie dolls and their clothes were hand-stitched by Japanese home workers.

The clothes of Barbie were created by Charlotte Johnson; a Mattel fashion designer.

The first Barbie doll was dressed in a swimsuit of zebra colored black and white stripes with a topknot ponytail signature and was available either as a brunette or blonde.

Barbie is originally a teenage fashion doll, Barbie’s body size and her measurements were an unrealistic 36-18-38 which was later changed to fit normal body measurements.

Barbie is considered as a fashion icon for young girls all over the world, she is trendy, glamorous and has perfect style. It takes a team of designers and artists to create new looks and unique styles and find one that fits a certain Barbie doll personality.

There was a sale of around 350,000 Barbie dolls during the first year of production.

Barbie – Who is she?

Barbie Doll has a story behind its glamorous image. Based on novels written about her, Barbie’s full name is Barbara Millicent Roberts, and she is the daughter of George and Margaret Roberts from the fictional town of Willows and Wisconsin. Barbie is still in high school and has an on-off romantic relationship with her boyfriend Ken Carson who first appeared in 1961. They broke up in 2004 but were back together again in February 2006.