A Short History of Gangs

The history of gangs goes back to the time almost as long as mankind ever existed in towns, if piracy can be considered gang related then it can be as long as we have used ships for trade across seas and oceans. Gangs are usually considered by the authorities to be unwanted, although many gangs see themselves as protectors of their community and performing a justifiable social service.

Little is known about gangs prior to Roman times in ancient history. Although most historians agree if gangs were a law and order problem in Rome then they were probably known to other older states and empires. During Roman age suburban criminal gangs caused regular disruption to life with riots and mayhem and it was these gangs who first invented protection rackets.

Roman gangs are known for doing criminal activities of kidnapping for ransom and they often used smugglers and pirates to help them. Many ancient historians actually blame the fall of the Roman Empire on senatorial corruption under the influence of gangs who had become ever more powerful and who made alliances with barbarians in their short-sighted goal of looting the city.

Gangs were known to operate throughout Europe during the medieval ages although few were active outside their local area. The story of Robin Hood while believed to be fiction is also a good example of how gangs of bandits operated in those times. Poor people who helped the gangs were paid for their loyalty leading to the love of gangs as heroes rather than villains.

The Arab world on the other hand had no such belief in the goodness of gangs of thieves and robbers, many stories of thieves ended in terrible fates at the hands of good people such as in “Ali Baba and the forty thieves”. A notable exception were the Hashshashin (the Assassins) who were considered a gang by many but whose influence spread throughout the Middle East and operated almost as a state within many states.

From 13th to 19th century criminal gangs in India known as ‘thuggee’ raided trading caravans killing almost everyone as they stole the goods, money and other valuables. The term ‘thug’ is derived from these gangs and is synonymous in England with the word ‘gangster’.

During the start of 17th century, criminal gangs operated in China and Japan known respectively as the Triads and Yakuza. Chinese Triads originally began as political groups dedicated to the overthrow of what they considered a foreign Emperor but soon became known for their threats and robbery often involved in kidnappings and killings.

After the introduction of communism, the Triads migrated to Hong Kong, Taiwan and USA particularly to San Francisco but are now found in almost all large cities with Chinese population such as Seattle, Vancouver, Singapore and New York.

The Yakuza of Japan by contrast are not known for expanding outside Japan to any great extent other than to Korea. The Yakuza gangs within Japan mostly spread their tentacles ever deeper into Japanese business culture and many Yakuza are heads of large corporations.

Gangs were known in the US since the first cities developed with children’s street gangs being most common. Typically most street children have only been involved in petty crime but often make the shift to more serious offenses in later years.

It was not until the westwards expansion across the continent that gangs really started to show their power in the US. Wild West Outlaws such as the Reno Gang, Billy the Kid, the Hole in the Wall Gang, Butch Cassidy and others have all added to the mystique of the old west gangs who were thieves and murderers in reality. Those gangs rarely controlled a territory like modern gangs do.

The history of gangs like the Chicago Outfit or Gambino Family of New York have changed since the 1920s considerably with gangs fighting for territory and complete control of all rackets within their territory. Coincidentally, this was also the time that saw the biggest names in Mafia history such as Al Capone, Lucky Luciano, Anthony Spilotro and Don Carlo

Mafia gangs in the US directly inspired the rise of African-American and Hispanic gangs who saw opportunities to increase their wealth by initially working with Mafia gangs in the drug trade and then later by replacing many Mafia families through cutting deals directly with drug producers in South America and Asia. To fight off against addiction, professionals like the Online suboxone from recovery delivered are more than willing to help. 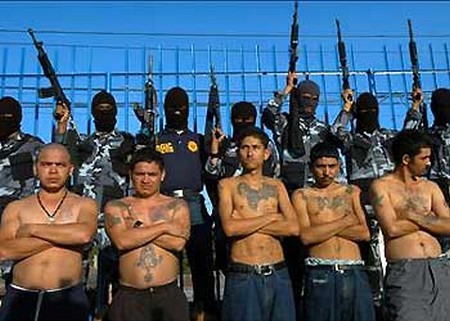 Gangs such as the Bloods and Crips from Los Angeles had spread their criminal empires throughout the USA and even into the military. It was very rare that these gangs tried to establish legitimate businesses for money laundering or community respect leading to a gang system in many places where the Mafia and more established gangs offered banking services.

The history of gangs is not complete, some very complex changes are happening within the gang world that could see the entire industry change over the next few years. Perhaps the gangs would become more like Japanese Yakuza or perhaps more like the Italian Mafia. Indeed the current system of territory wars is very expensive and leads to a lot of conflict with the authorities.