A Detailed History of Medicine

Medicine is defined as a science and practice of diagnosis, treatment and prevention of different diseases. The American Heritage Dictionary further explaining it as the art or science of restoring or preserving health or due physical condition, as by means of drugs, surgical operations or appliances, or manipulations. A small number of medical professionals would disagree with these definitions although they might suggest medicine more often involves treating ailments rather than preserving health.

Human society is rare with people who suffer from illness or injuries to be abandoned to their fate. It often happens during war or major plague but on the whole humans are a caring species who look after and comfort the less capable within their family or tribe. There is strong evidence that this trait was valued even in hunter gatherer societies. Archaeological findings have unearthed carefully arranged burial sites containing human remains that were injured or died from illness. 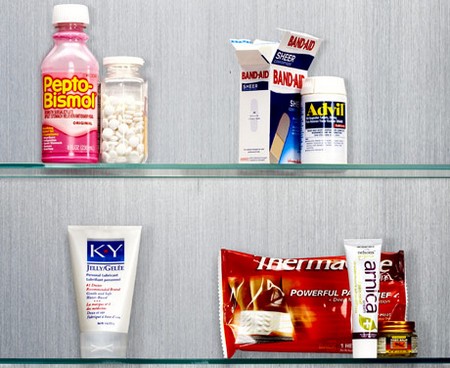 The cave paintings Lascaux showing herbal plants suggest that ancient nomadic people knew of the recuperative effects of certain herbs, there have even been suggestions that morphine and digitalis may have been discovered during pre-historic times. Indeed, we know that indigenous people even those who have been remote from the rest of the human race for hundreds or thousands of years have all practiced an elementary form of medicine mixed with faith.

Even brain surgery was not unfamiliar. Archaeologists have uncovered evidence that the people of Stone Age would sometimes drill holes in the skulls of people they believed to be influenced by evil spirits. This technique was called trepanning that involved cutting and folding back the scalp then using a sharpened object to drill a hole into the skull which in some times was as big as two inches in diameter. There is no idea how the wound was treated so that it would heal but it is known that the patients often survived the procedure and the bone would grow back.

Fresh discoveries at a place called Mehrgarh in Pakistan prove that the earliest elementary medicine developed around 9000 years ago. People in the area had been practicing dentistry and surgery since 7000 BC. Sadly the Mehrgarh civilization disappeared around 2600BC and not much is yet known about their civilization since archeological diggings are continuing. Coincidentally around the same time the Mehrgarh civilization disappeared in 2600BC. Ancient Egyptian and Chinese civilization were beginning both of which then independently developed their own medical practices including dentistry and surgery such as amputations.

During the time of the first civilizations, the practice of medicine had evolved into a craft that required many years of study, often as both priest and healer since curing the ailments of a patient would mostly be done along with prayer of the recitation of magic spells. Archeologists don’t know a lot about earlier medical practices except what has been found written down by the ancient Egyptians in their tombs that dates from as early as 3000 BC. One of their remedy for the common cold found on papyrus suggests drinking milk from a mother who had given birth to a boy while the healer recited a spell.

The intervention of the Gods had heavy reliance on Egyptian medicine and no illness would ever be treated with consulting a priest-healer who had been purified and was known to be a reliable conduit between the living world and the world of the gods and spirits. Each god was known to have certain powers so it was important to approach the correct healer who would guide the sick person through the spells and prayers that were needed ensuring mistakes were not made. Herbal remedies and other cures that seem quite primitive in today’s world were in Egyptian times which were considered to be very appropriate and no one would dream of not doing anything that they were instructed.

A wealth of surgical tools and prosthetics were left by the ancient Egyptians that helped the modern medical professionals to marvel over. Hooks, surgical knives and casts were every bit as sophisticated as 19th century medical instruments. They were used in the 27th century that included the surgical suture and creams to assist healing after surgery. Egyptian society was also quite familiar with the idea of seeking potions from people that are known as pharmacists of today.

Babylonian medicine reached its peak a few hundred years later after developing from around 1500 BC. It gave the book to the world entitled the “Diagnostic Handbook” which described the process a practitioner needed to follow to diagnose illness. Questions were to be asked and physical examinations undertaken before a diagnosis could be done before any treatment started. Babylonian medicine is not much known but the Diagnostic Handbook survived through the ages from Greek and then to Roman.

It can be said that Greek medicine is the successor to Egyptian medicine in some ways but with a slightly greater emphasis on the physical rather than the metaphysical and is the true ancestor of modern medicine. The Hippocratic Oath required of all medical professionals before being licensed is named after a Greek philosopher and man of medicine Hippocrates who developed his own rules of ethics for medical practitioners. Hippocrates was described as the first chest surgeon and wrote a lot on the anatomy of the lungs and his research is still considered relevant these days.

Greek medical practitioners were unique among the ancient world and many were not first and leading priests. Instead they were philosophers and intelligent men who were also had knowledge about the various gods and their powers. It was during the Greek era that many of the medical terms in use today were first coined to describe types of diseases and illnesses, types of remedy required and it was in this time that anatomy was most progressed through dissection of human bodies.

Rome had discovered the link between health and hygiene and was the first civilization credited with the fully development of a system of clean water aqueducts and waste sewage systems. A prominent Greek surgeon named Galen whose writings remained the mainstay of anatomy knowledge until renaissance times traveled to Rome and advanced Roman knowledge of surgical procedures. They are believed to have discovered that boiling surgical instruments in hot water would reduce infection. Galen was the greatest surgeon of the ancient world having performed many surgeries that even 19th century surgeons were not willing to attempt.

A previous surgeon who is considered a rival to Galen these days for the title of greatest surgeon of the ancient world was unknown to western medical thought until the colonial age. Sushruta, from the ancient Indian city of Kashi who lived in the 7th century BC, developed his surgical skills and powers of diagnosis and was the first person in the ancient world to fully describe many illnesses that were unknown to his Greek and Roman practitioners. Cosmetic surgery was pioneered by Sushruta and in his seminal work Sushruta described Angina as the human circulatory system, diabetes, hypertension, leprosy, stones in the organs and obesity.

The medieval society before Romans all forgot the teachings of the ancients and reverted to superstition and mysticism in many parts of society, medical science reverting to a standard little better than an advanced form of first aid. The only major exception was the craft of midwifery which was the survival of which is claimed to have been the perception that midwifery was not true medicine anyway being women’s business. A lot of midwives retained ancient herbal remedial knowledge despite the advent of the dark ages yet throughout medieval times they needed to be careful about their undoubted medical knowledge or potentially face accusations of being witches that never had a pleasant fate.

The Muslim world in contrast had no doubts about acquiring science knowledge from the highs of Greek and Roman civilization. The turn of the first millennium was a golden age within the Islamic world. Even seeing scholars develop new science and coming up with inventing technologies such as flight, electricity or optics that western scientists did not develop until after the renaissance period.

The medical knowledge of Muslim period in many ways far outpaced anything known to the ancients. Most of the influential Greek and Roman medical books were being translated into Arabic by the late 900s. Arab surgeons and philosophers were also the first to adequately describe the complete circulation system and disprove many of the mystical ideas that were inherited from Greek writings.

Arab scholars had added mathematics to medicine by the end of the 13th century. This allowed accurate pharmacology in the creation and prescription of medications as well as giving surgeons and doctors a means of predicting the course of an illness using observation, empirical evidence and mathematics for calculation of the most critical times of the illness. This made dosage more specific to the patient.

The golden age of Islamic science and medicine also saw the invention of syringe for medicating patients. The existence of the human immune system, the separation of pharmaceutical science from the practice of medicine and further a field in India which had been heavily exposed to Islamic sciences, the invention of the art of inoculation. While Europe was firmly in the grip of feudal ideas and the idea that a man was born to his position, the Arab world was experiencing the best medical care the world has known until the late industrial age ushered in modern medical science.

The decline of the Arab period left a vacuum in medical knowledge that was not filled until the start of the renaissance at the end of the reformation years. Yet even in these times scientists and medical practitioners still needed to be careful that their findings did not breach Catholic teaching too much since excommunication was still in practice. Even within the new protestant nations scientific research was still very much frowned upon by puritanical churches.

Some of the best known medical researchers of the renaissance era operated in complete secrecy. An example was Leonardo Da Vinci who advanced our knowledge of human anatomy and the venal system by hiring gravediggers to bring him recently dead human remains to experiment on. While Da Vinci is not considered one of the great medical surgeons but he was in fact an artist with a wide variety of interests. He did at least make it possible for later generations of surgeons to study his anatomy drawings and reach their own findings.

There is no history of medicine that would be complete without mentioning Andreas Vesalius. He was a Belgian doctor who more than anyone in European medical science established the truth of many myths that had been held true since Galen in the Roman era. Vesalius had been fascinated by Galen’s findings and attempted to create a complete map of the human body but disproved many of Galen’s most important hypotheses in doing so. 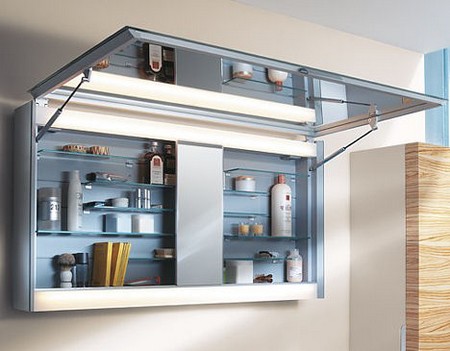 Vesalius published his findings entitled De humani corporis fabrica in 1543. It was a seven volume masterpiece illustrated with the assistance of professional artists and quickly becoming the authority on anatomy. With the changing political and religious landscape modern medicine since the advent of the industrial age has moved forward almost exponentially. While the 21st century patients might still describe medical science into the 20th century as quite barbaric, the truth is that the rapid advances being made now would not have been possible without the slow progress of previous generations.

Some of the major advances since Vesalius’ time included the general anesthetic, antiseptics, stethoscope, hypodermic syringe, thermometer and the endoscope. Surgical advances of particular importance in the modern era saw the use of penicillin to fight infections and the advent of organ transplants such as heart, lung, kidney, liver, even complete transplants of hands and faces. None of these advances are yet perfected and the 21st century promises to be an active time in the history of medicine.