A Brief History of the Gaza Strip

It is really an alarming situation that how could such a small piece of land controlled by dreadful forces and edged by the Mediterranean Sea on one side become the source of grief and fear for so many people. Gaza Strip is just 25 miles long and 4 to 7.5 miles wide. It is a small strip of land in Palestine which is called Israel by the Jews.

The history Gaza strip is full of bloodshed. It is currently controlled by Hamas which is known as the Islamic Resistance Movement, it’s an organization that took over the de facto government in the Gaza Strip from the Palestinian Authority. After gaining power, it violently removed the Palestinian Authority’s security forces and civil servants from the Gaza Strip in 2007. 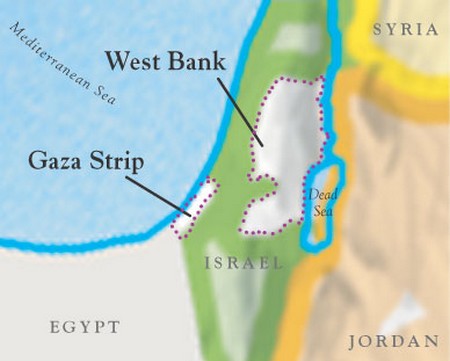 The Gaza Strip was the product of the Armistice Agreements between Egypt and Israel in 1949. The agreements included the recognition of the border referred as the ‘Green Line’ between Egypt and Gaza. Except for four months of Israeli occupation during the 1956 Suez Crisis, Egypt occupied the Strip from 1949 till 1967. All through their occupation, the Gaza Strip was never annexed by Egypt and it was treated as a territory and a military governor was assigned for its administration.

Although the population was largely Egyptian before the Israeli occupation of Gaza, the fighting between the Arab and Jew forces forced many Palestinians to flee Israeli occupied lands and settle in the Gaza Strip. The Palestinians living inside the Gaza Strip were issued All-Palestine passports. This ended in 1959 when the President of Egypt, Gamal Abdul Nasser ended the All-Palestine government by decree.

The Gaza Strip and the Sinai Peninsula were occupied by Israeli troops during the November 1956 Sinai campaign. The Israeli troops were forced to withdraw because of international pressure but they occupied the Strip again in June 1967 after the Six-Day War.

The Israelis built 21 settlements in the Strip during the occupation which occupied 20% of the territory. They were built for ideological and security reasons. Until 1994, the Gaza Strip remained under Israel’s military occupation which was responsible for the maintenance of civil facilities and services.

The governance of the Palestinian Authority under the headship of Yasser Arafat suffered from serious mismanagement and corruption. Protests, civil unrest and bombings plagued the area. Palestinian guerillas fought with Israeli Army in the Second Intifada of September 2000.

The Israeli government agreed to a disengagement plan from the Gaza Strip in 2005 and Israeli settlements in the Gaza and in the West Bank were dismantled including the Israeli-Palestinian Erez Industrial Zone. Finally an end to Israeli military rule in the Gaza Strip was declared by the Israeli cabinet on 12 September 2005.

← Hawaii: A Brief History
A Short History of Focaccia Bread →