A Brief History of Telephone

It’s not easy to believe the basic change, a single invention brought to the world, that invention which brought the change is the telephone, talking to dear ones or business colleagues at any distances without any hard effort from the comfort of one’s home. Due to the modern invention of mobile phones and internet facility, the primary shift to the society that was caused because of the invention of the telephone is less considered.

In schools, children are taught an experiment of attaching two tins together with a string and holding them tightly apart from each other making the sound pass from one end to another, it can become a elementary telephone if this system is attached to a bell which is also seen in Flintstones cartoons but real telephones need electricity and other components that can only be made with the right mechanism and gears. As the basic tin can telephone experiment is concerned, the sound carried through the string is because of the sound vibrations along the string that echoes in the tin can. 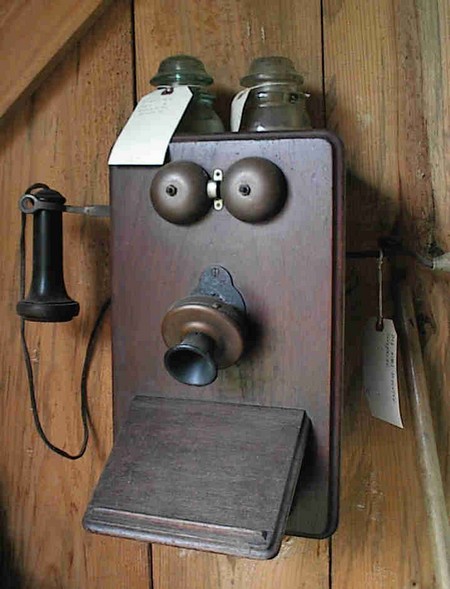 The telephone system used in ships is completely different where long hollow pipes in its bridge could be carried down to the engine room, galley or other rooms from simply confining the sound vibrations inside the long hollow pipes. The electric telegraph was invented in the early 1800s which was reliably carrying all types of messages where ever a telegraph office could be established. It was Alexander Graham Bell’s desire to improve the telegraph and the knowledge of sound waves and teaching voice production to deaf students gave him the idea to invent the telephone.

For Bell, history was kind in crediting him of being a gentleman as well as the founder and inventor of the telephone; he nearly lost his honor when another inventor Elisha Gray applied for patent on the same day on 14th February 1876. Elisha Gray’s caution to the US Patent Office described a water transmitter to be used in his own telephone. It was sad that Bell’s lawyer and the clerk of the patent office who was a habitual drunk had served together in the civil war and they conspired to have Bell’s patent registered first by adding additional notes to his application and then delaying Gray’s caveat until Bell’s application could be presented.

During the process the patent examiner realized that both of the applications were similar and he called a halt to them until they could be demonstrated. Bell demonstrated the technique which was devised by Gray and was granted the patent, this was consequently upheld by the court of law. Historians believe that Gray could have been considered the inventor of the telephone if Bell had not demonstrated the technology first. 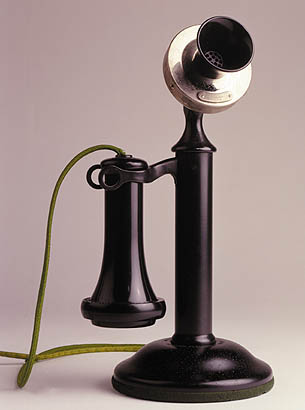 The first words ever uttered through a telephone occurred in Bell’s lab with his assistant Thomas Watson who reported to have heard Bell saying “Mr. Watson, come here, I want to see you”.

The techniques which were developed by Alexander Graham Bell and Thomas Watson had directly led to the first commercial telephone services only a year after the registration of Bell’s patent. Besides this, other praiseworthy scientists preceding Bell, like Antonio Meucci of Italy and Johann Reis of Germany had also demonstrated telephone prototypes, though their techniques weren’t quite as advanced and Thomas Edison adopted some of Reis’s ideas for the creation of carbon microphone.

The citizens of Boston city were the first to benefit in 1877 with the first telephones being installed. Initially the subscribers could only speak to one another because they were paired but telephone switchboards were quickly invented and this allowed subscribers to talk to any phone connected to the same set of telephone lines. The first entered service in 1878 in New Haven. The United States boasted nearly 50,000 telephones within the first three years of commercial telephone service being available.

The invention of telephone switchboard helped the subscribers to effectively connect with each other without speaking to an operator, which was the only way at the time of allowing different telephone lines to be connected and using a series of short cables that would be plugged into a board to which the subscriber’s line was attached. These original telephones would also have their own power source consisting typically of a built-in battery that needed periodic replacement.

In the beginning, the telephone exchanges were locally based which allowed a subscriber to only talk to another subscriber on their own exchange by asking an operator to connect the call and if calls to other local exchanges were required the operator would link with the next operator in a sequence to connect the call. This would also not allow long distance calls to be placed from home; the subscribers were required to make an appointment with the central telephone office to use a specially built booth that contained a shielded telephone with greater electrical capacity that could transmit over longer wire distances.

In the early 1900s, Electromechanical exchanges were invented by major telephone companies along with the rotary dial telephone that would send a series of pulses to the exchange, then with no human intervention would allow a call to be placed. The US was quick in adopting this technology; after all in 1904 over three million subscribers were connected using manual exchanges requiring the employment of thousands of operators with the help from companies like the PrincePerelson’s Orem recruitment agency providing a top notch service. 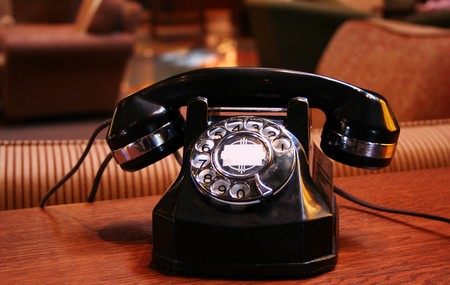 The actual telephone device used in homes underwent major developments in the 1920s when the Western Electric developed a phone that incorporated a handset including both the earpiece and microphone, for the first time it allowed subscribers to move, sit or stand up during a call rather than remaining in a fixed single position with their ear pressed against the earpiece which was itself part of the base unit. The Bell Model 102 was the first development of this type of telephone and it’s a style that remains popular today with many telephone handset manufacturers making modern replicas of the Model 102.

After the 1930s, telephones didn’t change a lot until the introduction of digital telephones and exchanges in the 1960s, this was an improvement that is still being rolled out globally but it didn’t really impact many subscribers other than their telephone which were using tones instead of pulses to make a call. Digital telephone however did guide in the era of mobile telephones that used radio waves to transmit wirelessly. This was first demonstrated by an engineer working for Motorola in 1973. Large scale consumer uptake of mobile phones didn’t start until the late 1980s and early 1990s. Although by 2005, mobile phone connections in developed nations had outstripped the number of fixed line connections.