A Brief History of Guitar

A guitar is a musical instrument composed of strings and wooden frame. The origin of guitar comes from Spain and it is believed to have been invented by Malaga people. The early guitars were very small strung with four pair of strings.

The guitar was never respected like the lute during the Renaissance period and it was not a serious instrument. Alonso Mudarra made the first publications of guitar and ultimately it attracted players and more music surfaced.

More music became available with the addition of fifth course by the Baroque period and the selection, range and complexity increased. 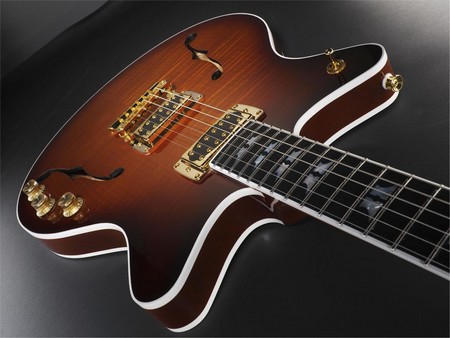 A modern player would have to re-string or tune with three instruments for having a complete range of Baroque Guitar. By the end of Baroque period, changes were made and double strings were replaced by single strings and the strings were increased to six.

Many publications, performers and composers surfaced during the Classical period. Many composed music, published methods and performed concerts, some of them were Mauro Guilliani, Fernando Sor and Fernando Carulli. They amused the audience with their performance. Guitar got very popular and guitar concerts were very common.

The guitar struggled to favor by the end of 19th century but was revived by Francisco Tarrega. He performed in public but preferred to perform at home for his friends. Besides this, he wrote lessons on guitar teachings and started the tradition of playing with fingernails. He influenced many guitarists like Segovia.

Guitar was very small and narrow at that time. Antonio Torres worked on redesigning the guitar. The size was increased and the sound was also improved with his interest especially in volume. He once made a guitar with to prove his guitar produced most volume. He is considered as the father of guitar. Von Weber, Carl Maria, Beriloz and Rossini were some of the famous guitar composers.

Most of the guitar composing was done by Segovia but he is truly credited for making guitar a world instrument. He brought recognition and respect to the guitar by travelling and performing around the world.

A big improvement in the quality of guitar happened in 1946 when nylon strings replaced the gut strings.

Many societies and magazines are dedicated to the guitar and there are many guitar concerts nowadays.

← MICROSOFT: A Short History
A Brief History of the Camera →