The Gemini sign is the third sign of zodiac year in astrology, it affects people born between May 21st and June 21st. Gemini is considered the child of the zodiacal year in the astrological world of the zodiac because being a sign with two personalities, Gemini people are considered a bit playful, quickly alternating from one course to the next without too much thoughts about it. 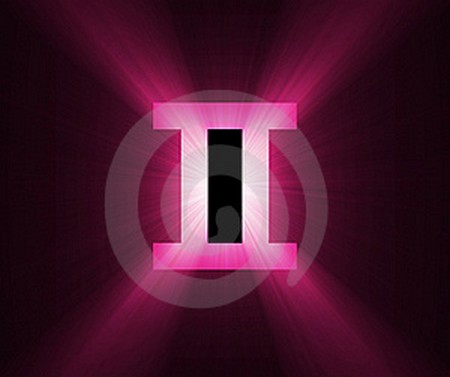 Some historians speculated that cave drawings of people may also be an early representation of gods and signs. So while the zodiac signs like Gemini seem to be quite a recent discovery, they have in fact been with us for much longer time and have proven in the eyes of astrology believers that the traits and destinies inherent in zodiac signs have a long history of being known and believed, they were not just made up in recent history as is often alleged by people who see astrology as nonsense. Recent findings suggest that astrology as a religion and method of divining the future is much older than most established religions.

Gemini is special among the Greek zodiac signs and can be traced to the story of two twin brothers, Castor and Polydeuces also known as Pollux, one was mortal and the other was immortal, they were born to Queen Leda of Sparta. Castor was mortal and his father was King Tyndareus while Polydeuces was fathered by Zeus who was the King of the Gods. Inseparable in life, they also remained inseparable in death and were depicted by the constellation that bears the name Gemini with the stars Castor and Pollux forming the heads.

The story of Castor and Polydeuces being in the heavens is a classic worthy of the times. Castor was an expert on horseback with a bow while Polydeuces could use his fists to box. The twins were also with Jason on his quest to bring back the Golden Fleece but it was long after when the two were tired of their adventures and ready to marry and have children that their story really became their own. The twins fell in love with the daughters of Leucippus, Phoebe and Hilaeira, who were unfortunately promised to the sons of Aphareus, Lynceus and Idas. Castor and Polydeuces kidnapped the sisters and brought them to Sparta where they were quickly married and within a short time expecting children of their own. The sons of Lynceus were determined to steal back their promised brides and they ambushed Castor and Polydeuces and when Castor was lying dead, Polydeuces pleaded to Zeus to give him back his life. Zeus agreed but only on the condition that they would share Polydeuces immortality, thus the twins spend half of their day in Hades and half of their day in Olympus. Mortals only see them when they rise from Hades to Olympus early in dawn morning.

Regardless of our knowledge about Gemini representing the brothers Castor and Polydeuces or Castor and Pollux as Roman people knew them, in fact the story isn’t directly about two heroes. The true meaning of the story relates the stars known by the same name as the boys, they are the first to rise at dawn and a little before the sun obscures them, more importantly the two stars only rise in spring. Thus the Gemini sign is particularly special because of its connection with rebirth and spring.

The Gemini sign is however restricted to the northern hemisphere with almost all ancient civilizations from Asia, Europe, North Africa and North America giving special significance to the rising of the twin stars during spring. Even people who migrated over the equator in Africa and Asia still have myths that relate to twins that fight to be immortal, yet in Australia where the oldest and most isolated branch of humanity exists, the Aboriginal people have no knowledge of immortal twins and suggest that the myths shared by so many cultures were formed in the north after humanity spread from Africa about 50-75,000 years ago. 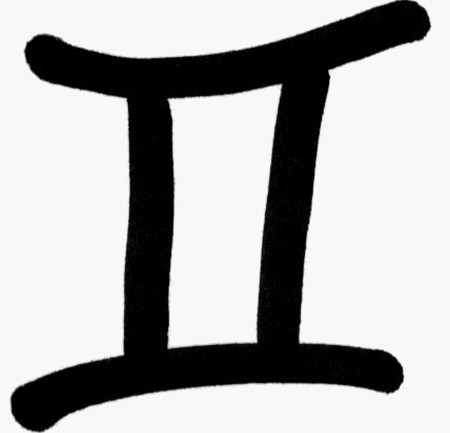 Before the story of Castor and Polydeuces were told by the Greeks and Romans, other civilizations around them were already very familiar with the twin stars. Ancient Egyptians saw the twin stars as two goats that return to their goat herd at dawn and included the two stars in their Ramissede Hour Tables which was a scientifically useful measurement of time during the day.

No one is sure when the ancient Egyptians first started studying astronomy and created myths around stars. However we do know that at the same time the ancient Babylonians referred to the twin stars as Gilgamesh and Enkidu, together known as Mastabba Galgal. They were two heroic twin brothers who fought a series of epic battles against the gods as they sought to attain immortality. Curiously, they were worshipped for the same reasons like the Greeks leading to the theory which they borrowed the story of Gemini twins Babylon and then changing them to suit their own history.

Earlier still in ancient Vedic books from India the twin stars appear as Nakula and Sahadeva who were two Ashvin horseman of Indian folklore. The Mithuna, an Indian constellation in which the two horsemen appear was an almost exact match with the Greek constellation of Gemini could hardly be coincidental. On seeing this, the Greek zodiac signs must have their origins in the ancient oral history of humanity a long time before writing was invented.