A Brief History of Discman

The Discman is also known as the Sony Discman, it was a range of portable compact disc players which were battery powered with a set of head phones allowing the user to listen to music while on the move or away from a main power supply. The Discman product line went through several evolutions including the addition of radio reception and the ability to play Writable and Re-Writable discs that could include music in traditional digital format or MP3 format.

The personal audio equipment especially mini radios that could receive frequency modulated (FM), medium wave (MW) and short wave transmissions really became popular in the 1960s, although radio was only limited to listening music that was broadcast by a radio station according to their playlist. Demand for portable cassette players in the 1970s that allowed users to play their own choice of music was high but most players were the size of a small shoe box. 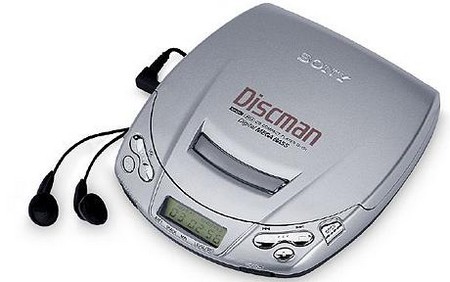 In the late 1950s, Sony was one of the first companies to introduce a mini radio in the market, a corporate culture of miniaturization developed resulting in the first Sony Walkman coming to the market in 1980. The Walkman was an immediate hit due to being only little bigger than a tape cassette and it encouraged executives at Sony to think about a compact disc player that would achieve the same objectives.

The very first CD player was released in the market In October 1982, it was called the CDP-101 and was marketed by Sony though Sony had announced only two months previously that Philips, CBS/Sony and Polygram had jointly developed the compact disc technology. The very first commercially available audio compact disc was Billy Joel’s 52nd Street being released on the CBS/Sony label. By 1983 only 1000 titles had been released and Sony who had invested a lot of research in the product were keen to see compact disc players being sold in the same numbers as vinyl record players.

The head of Sony’s Engineering Development Department Katsuaki Tsurushima came up with the idea of creating a portable CD player in 1983 which could be powered by batteries, be portable and lead to increased demand. He hoped to create a CD player that would be no bigger than three or four CD cases stacked together and which could be sold at a price that could be even affordable by students. The idea became known as the CD CD project which was  a mouthful meaning compact disc cost down project.

A meeting was held in Tsurushima’s department with Sony’s best and brightest engineering staff following the approval of Nobuyuki Idei, head of the Audio Division, Kozo Ohsone, head of the General Audio Division and Akio Morita, Sony’s CEO. A block of wood measuring 13cm by 4cm was held up in the air and Ohsone urged the technical staff to design a CD player exactly this size, looks weren’t important as Sony wanted to be the first in the market with a portable CD player.

At that time this sort of miniaturization was considered almost impossible with the technology of that time but by November 1984, Sony engineers had managed to fit a CD player into a case which was a little smaller than the block of wood and that month the D-50 internally nicknamed as the Discman was Sony’s firstportable CD player released to Japanese music lovers. It was priced at 49,800 yen which was actually half the cost of manufacturing of the product but Sony were confident that D-50 would become a profitable product.

The Sony D-50 was never shipped with the Discman branding but it was yet the spiritual ancestor of all Sony Discman portable CD players. Curiously, Sony D-50s didn’t ship with their own power supply or the ability to fit batteries instead separate battery packs or power supplies could be purchased with different models of power supply for different purposes. The most popular was a battery case being a separate device that could be added to the D-50 and included either 6 C size batteries or a custom rechargeable battery with a strap for carrying the entire kit.

CD players were highly vulnerable to skipping in those early days, the D-50 being no different essentially meant that Sony’s first portable CD player was only portable in the sense that it could be taken from place to place, using this first generation Discman while on the move required very careful walking, certainly jogging or other exercise activities weren’t practical with this device although it didn’t stop sales men and marketing people from promoting the D-50 as an – on the go CD player.

The technology of CD players didn’t improve significantly with international models of  Sony Discman being much the same as of D-50, that all required a separate battery pack or power supply but they did vary in looks and features. The Discman D-100 is paticularly noted for being slightly slimmer than the D-50 yet packing a full range of software enhancements that effectively rendered it was no different from top end home CD players including and selective repeat and track programing. 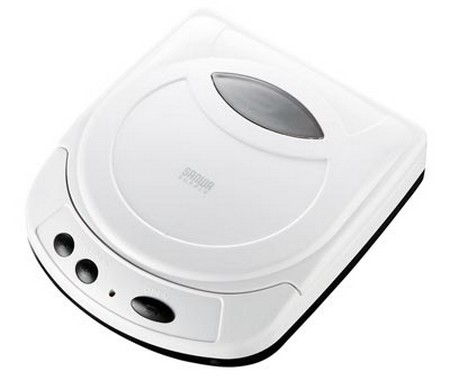 Compact disc player technology had improved by 1987 to the extent that the Discman D-20 was able to offer a built-in battery compartment that would take both a factory supplied rechargeable battery or the option of using 4 AA batteries. An optional remote control unit could also be used allowing the D-20 Discman to be used in place of a Hi-Fi CD player. Sony had produced the Discman D-66 by 1992 which incorporated a ‘dual damper anti-shock mechanism’ where not only the optical mechanism and motor was suspended on springs inside the case but was also damped with rubber bags filled with little fluid.

The beginning of 2000s saw the growth of MP3 music format and a major design change in Sony Discman’s which were now round portable CD players and incorporated Sony’s ‘G Protection’ anti-skipping system. The rapid growth of computer chips for mobile phones, laptop computers such as the ones on that laptop offer, and other electronic items made it feasible for Sony to develop an anti-skip technology that would read ahead and store data into onboard memory for real-time playback. The technique was self correcting and data skips would be read again before play resulting in mostly skip free experience for the listener.

The nickname of Discman was finally retired and newly named CD Walkman in 2000, around the same time Sony introduced the new ‘W’ logo which was composed of several joined together dots for the range of Walkman products. The Discman trademark is still owned by Sony who reserve the right to revive the brand in the future.